The appointment of Howard F.

Casey as deputy superintendent of the U.S. Merchant Marine Academy, Kings Point, N.Y., with the rank of Commodore, U.S.

Maritime Service (USMS), was announced recently by Samuel B.

Commodore Casey had been acting superintendent of the Federal service academy from October 1979 until last July, when Thomas A. King was named superintendent with the rank of Rear Admiral, USMS. Admiral King formerly served as Eastern region director for the Maritime Administration.

Commodore Casey, a MarAd employee since 1969, joined the A c a d e m y as assistant superintendent for planning and administration in December 1977. From 1972 until 1977, when he moved to Kings Point, he was Deputy Assistant Secretary for Maritime Affairs at MarAd headquarters in Washington, D.C.

Prior to joining the Federal agency, he worked in the comptroller's office of W.R. Grace & Company, and in the late 1960s served as comptroller and then as treasurer of Grace Line, Inc., formerly a W.R. Grace subsidiary. 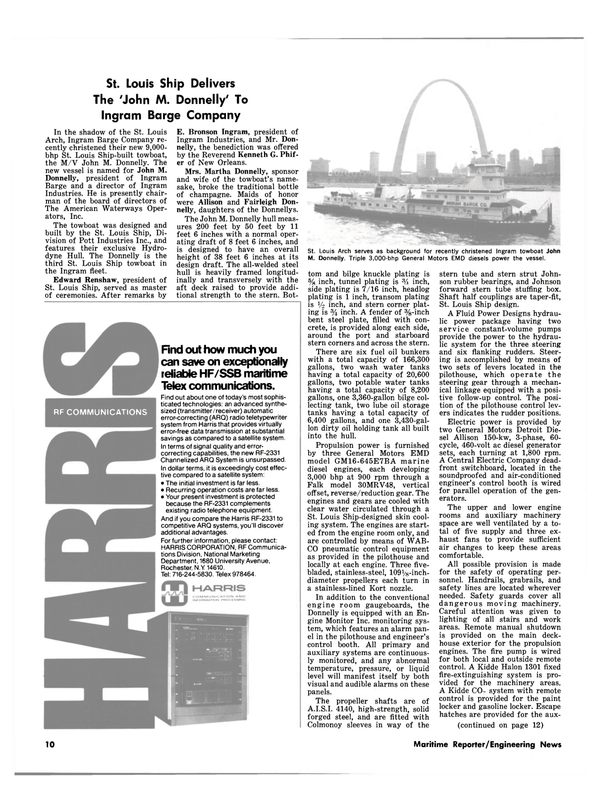