(USCI) of Seattle has applied to the Maritime Administration for a Title XI guarantee to aid in financing the reconstruction and conversion of the SS United States from a trans-Atlantic liner to a luxury cruise ship. (See cover story in September 15 issue of MR/EN.) USCI plans to refurbish the 38,216-gt, 28-year-old vessel and provide warm-weather cruise service from the U.S. West Coast, principally to Hawaii. The owner has not named a shipyard for the refitting and reconstruction work, which would include the addition of staterooms, new exterior decks, swimming pools, and other improvements.

The converted liner will provide single-class service for more than 1,400 passengers.

The owner has requested a Title XI loan guarantee of up to 87 Vk percent of that amount, or $80 million.

The SS United States (referred to as the "Big U" by many of her crew) is 990 feet long and has a beam of 101 feet 6 inches — a tight squeeze through the Panama Canal. She was built for United States Lines in 1952 by Newport News Shipbuilding.

The ship, presently part of the National Defense Reserve Fleet maintained by MarAd, is berthed at the International Terminal in Norfolk, Va. She has been in layup since the completion of her final trans-Atlantic voyage in November 1969. The vessel—still the world's fastest and most fireproof passenger liner — was purchased from United States Lines by the U.S. Government in 1973.

On September 29, 1978, a contract of sale for the SS United States was entered into between MarAd and USCI. Under its terms, USCI paid a $500,000 deposit toward the $5 million purchase price, with the balance payable within 30 days. The terms of the contract have been extended on several occasions, and now call for final payment on or before March 17, 1981. In the meantime, USCI has paid MarAd a total of $2 million toward the $5 million purchase price, and has been responsible for paying the costs of maintaining the ship. 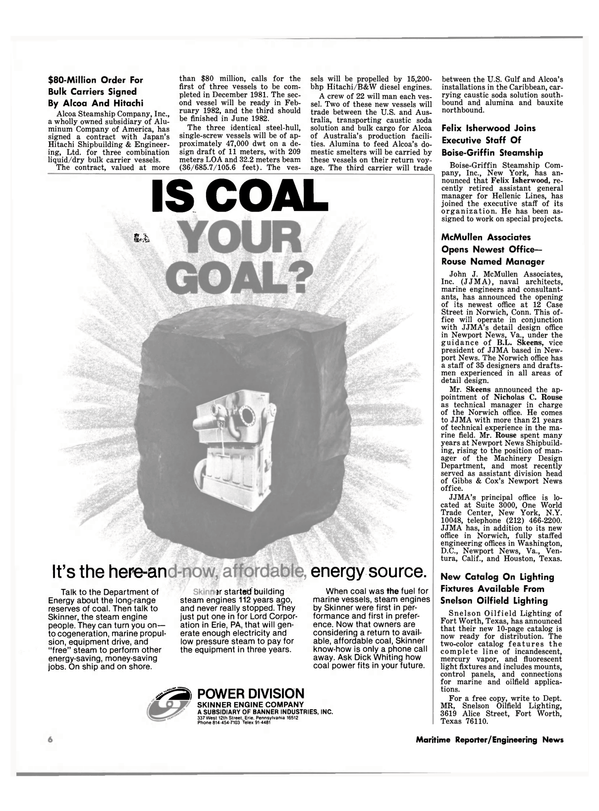