The 50th barge built by Misener Industries, the El Coqui, was delivered recently to its owner, the Bacardi Corporation, San Juan, Puerto Rico.

This launch marked a milestone for the Tampa-based barge construction firm. Misener was founded in August 1975, and according to president Richard E. Goerlich Jr., has in these five years built two tugs in addition to the 50 barges.

Mr. Goerlich stated that Misener Industries is now the largest barge construction facility in Florida, with more than 300 employees.

The El Coqui is a 380-foot, oceangoing tank barge; it will be used by the Bacardi Corporation to carry molasses and edible oils throughout the Caribbean. The Bacardi barge measures 380 by 70 by 26 feet and has many special features such as double-bottom construction, self-contained pumping units, and full coating both inside and out.

The El Coqui was christened by Mrs. Maria Lourdes Nielsen, wife of the chairman of the board of Bacardi Imports of Miami, Fla.

The traditional bottle of champagne was replaced by a bottle of Bacardi rum for the ceremony, which was attended by the full board of directors of the Bacardi Corporation. 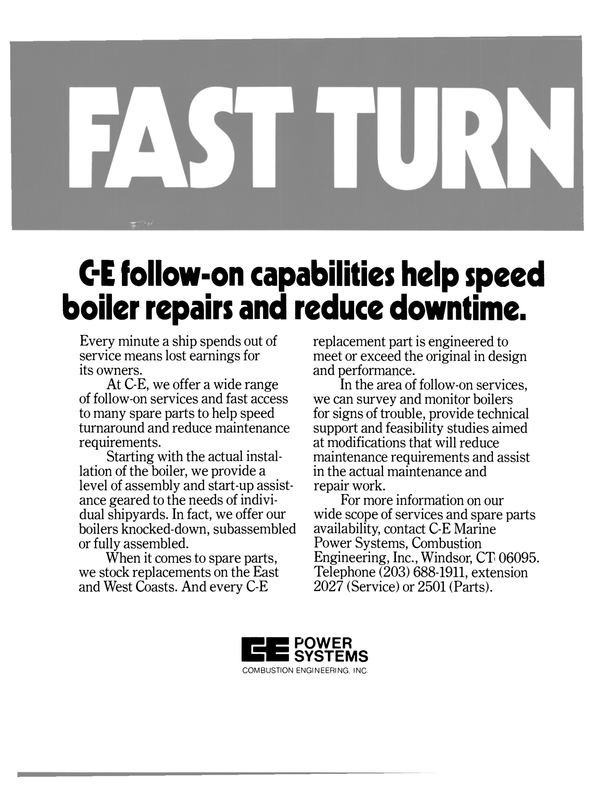