Saltech, a company in the Saleninvest group of Sweden, has been commissioned by the National Cement Company (NCC), the Saudi Arabian company based in Jeddah, to design and act as main contractor for the construction of a floating cement terminal that will be sited initially in the port of Yanbu.

The terminal, which has been designed to handle 1.5 million tons of cement per year, will service a new industrial complex to be built in the port area during the next five years. The complex will include refineries, gas-condensation works, petrochemical/technical factories, and cement plants, as well as new quays and all support facilities needed for a modern industrial area.

The large quantities of cement required for construction work will be shipped to the terminal in bulk carriers for unloading, in sacks and bulk, into trucks for transport inland. In due course, when construction of the complex draws to a close and the local cement plants are completed, the terminal can be towed to another site where cement imports have to be handled.

The terminal, which is to be built by a Far Eastern shipyard, is scheduled to be in position and to come into operation in October 1981. Salen Dry Cargo and Saltech will operate the terminal for NCC.

The terminal incorporates a barge with ordinary cargo holds and large hatches. An 800-ton-per-hour ship unloader manufactured by Siwertell, the largest ever delivered by the company, moves on rails on the barge deck. The engine room amidships contains a diesel-driven generating set, ballast pumps, and tanks for bunkers and fresh water, making the terminal independent of land-based support facilities.

The superstructure consists of a section containing the staff changing rooms, dining area and galley, as well as a workshop and office space. A second section houses a packing plant featuring three rotating packing machines, a storage room, and machinery for elevating, hauling, screening, directing, and distributing two types of cement simultaneously.

A number of conveyor belts run from the packing plant to the quay, where trucks can be loaded.

On arrival, bulk carriers are moored alongside the terminal. The cargo is then unloaded by the ship-unloader and transported via a longitudinal screw conveyor directly to the packing area or to the terminal cargo holds.

The system is sealed to avoid the spreading of dust, requiring only the ship's cargo hatches to be open. When not engaged in unloading cement from incoming ships, the ship-unloader can be used to move cement from the holds to the packing plant.

The terminal is also designed to be used for other bulk cargo.

Saltech, Salen Dry Cargo, and Siwertell are all companies in the Saleninvest group of Sweden 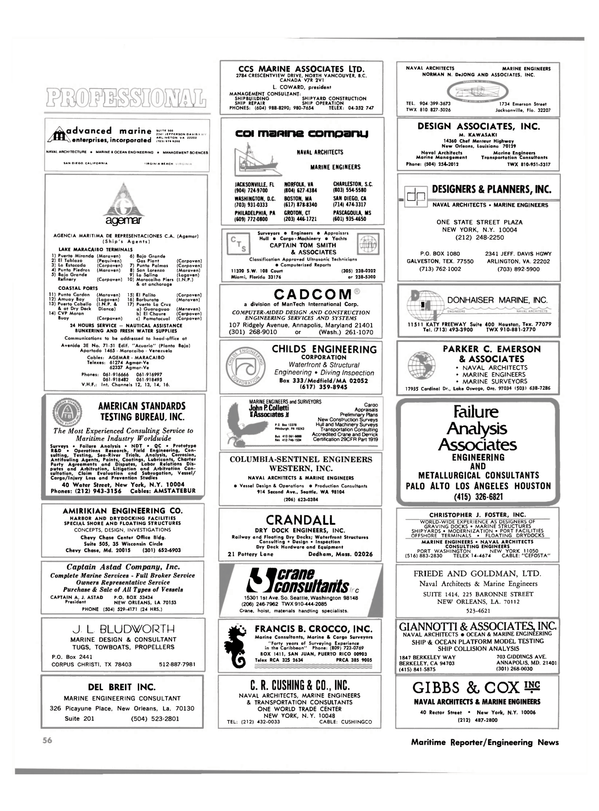