Hitachi-Built Tanker Has Many Advanced Features

The 79,999-dwt tanker Yuho Maru, constructed at the Ariake Works of Hitachi Zosen, was delivered recently to the Yuyo Steamship Company, Ltd. of Japan.

The ship will operate between Japan and ports in the Arabian Gulf and Singapore.

The cargo oil piping system inside the tanks is designed to handle three different kinds of crude oil. Highly corrosion-resistant cast steel pipe is used in the system.

Two control rooms—one for engine control and the other for cargo handling—have been combined into one to reduce personnel needed, and located on the upper deck. For cargo handling control, magnetic float level gauges of the explosion-proof type, and pneumacator type level indicators have been adopted to permit monitoring of cargo oil and ballast water tank levels.

The main engine is remote-controlled from the wheelhouse, and a sophisticated automatic control and monitoring system is installed to permit 24-hour unattended operation of the engine room.

A maritime satellite communications system permits the reception of high-quality audio and telex communications, as well as instantaneous telephone connections. 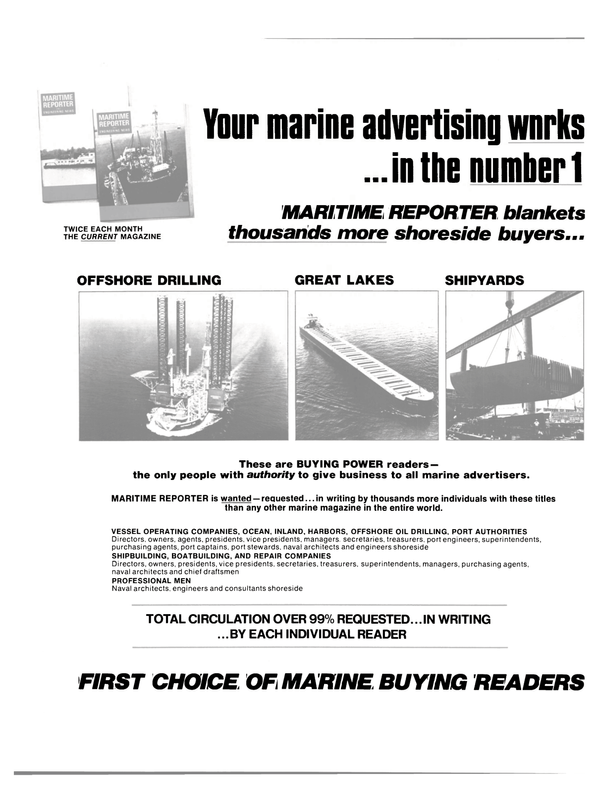