There is a new awareness of the need for improved steering gear reliability on tankships. This awareness has arisen as a result of recently proposed regulations and standards published by the U. S. Coast Guard and the Inter- Governmental Maritime Consultative Organization (IMCO).

Prominent among these proposed regulations is the requirement for a steering failure alarm system which can quickly detect rudder position errors and actuate visual and audible alarms when the errors indicate steering gear failure.

Hyde is prepared to handle all aspects of installation of the system, which includes the Henschel Model 40-271 steering failure alarm panel. Henschel has furnished steering failure alarm panels to the marine industry for many years. Their current Model 40-271 uses an 8-bit microcomputer to constantly monitor helm and rudder positions and to perform calculations to provide audible and visual alarms. The Model 40-271 also has built-in diagnostics and self-test routines to assure the utmost in reliability in a compact solid-state unit.

Hyde offers total service. A highly trained engineering and service staff can provide everything from initial survey to final installation. The development of the steering gear failure alarm system is the outgrowth of Hyde's continuing program in steering gear reliability. Over the past five years, Hyde developed such items as emergency steering power units, remote pilothouse control of power unit changeover, and introduced redundancy to control systems. 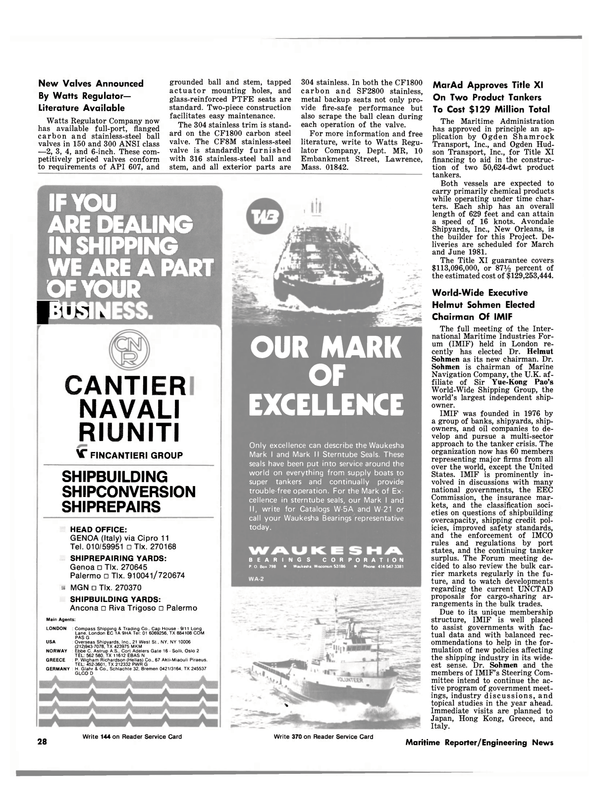