Campbell Industries of San Diego launched the new tuna superseiner Kukulkan recently, adding impetus to the rapidly developing fisheries of Mexico. She is the first of two such seiners ordered by Atunera del Carmen, an association of veteran fishing people in the state of Campeche.

Kukulkan is the Mayan name for the Aztecan supreme diety Quetzalcoatl, personified by a feathered serpent. "Qetzal" means bird, and "coatl" means snake.

Like its name, the new ship signifies the combining of two heritages.

Over the years, her owners have devoted themselves to the development of the Gulf shrimp fishery. Now, their move to the tuna schools of the Pacific brings a second arena and a clear indication of the broad spectrum of interest within Mexico's fishing community.

Much of this vital interest in new fishery developments has been the result of encouragement and support from the Mexican government.

A prime example is the financing for the Kukulkan, which comes from Banpesca (Banco Nacional Pesquero y Portuario).

This fisheries-oriented bank was formed by the government in January of this year to provide some of the financial assistance required by the fishing industry in order to expand.

Exhibiting the same grace with which she christened the Azteca I at the Campbell yard in February this year, Mrs. Bertha Maldonada de Rafful dealt the champagne honors to Kukulkan's waiting bow.

She thus became only the second lady in modern-day history to serve as sponsor for two ships at the Campbell shipyard. Monsignor Patrick Fox of St. Agnes Catholic Church blessed the ship prior to its launching into San Diego Bay.

The Kukulkan is a 1,200-toncapacity tuna superseiner built to fish the oceans of the world at a cruising speed of 16 knots and designed for helicopter operations.

She is 221 feet 5 inches long, with a beam of 40 feet and a draft of 20 feet. The vessel's major components include a 3,600- bhp General Motors EMD diesel main engine, Caterpillar auxiliary diesel generator sets, MARCO fishing deck machinery (including the newly developed WS444 seine winch and associated systems), Vilter refrigeration, and a full complement of electronics and other navigational aids.

The vessel is scheduled for delivery in December of this year, following the outfitting and trials period. 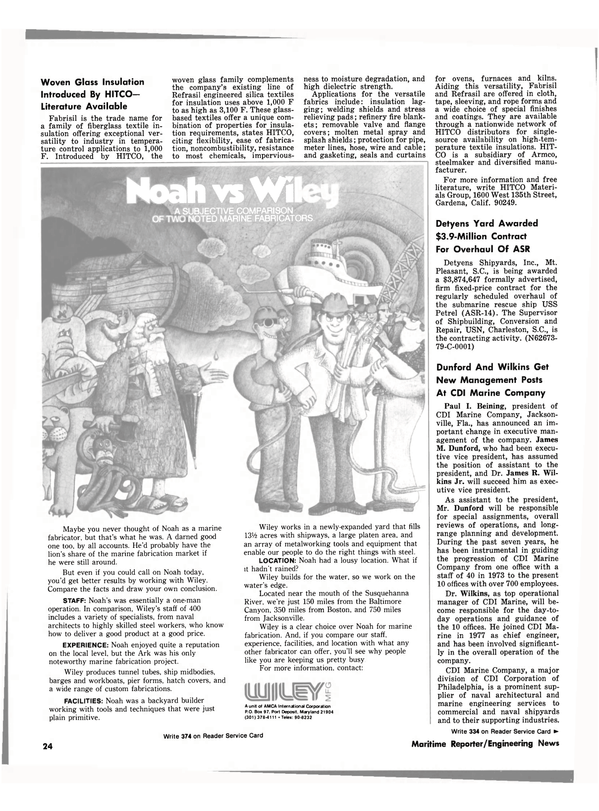