Halter Marine, Inc., introduced a new line of fire/utility boats with the delivery of the 150-foot Point 'T' to her owners, Point Venture, Ltd. of Morgan City, La.

A smaller version, the Halterbuilt 130-foot Point Au' Fer, similarly equipped and working for Mobil Oil, recently assisted in extinguishing a serious bulk fuel storage fire at Morgan City. Following the fire, the Morgan City fire chief said: " . . . I definitely feel that if it were not for the Point Au' Fer and its outstanding equipment and crew, a large part of the Front Street area would have gone up in flames." "Our experience with these vessels in the field has been so satisfactory that we anticipate building several more in the same class," said Arthur Levy Jr., president of Point Venture. "In addition," Mr. Levy added, "we are considering adding full firefighting equipment to the three 191- foot tug/supply boats we have under construction at Halter now.

She was built at Halter's Chickasaw, Ala. division, one of 10 shipyards owned and operated by Halter in the Southeastern United States. Halter Marine is the world's largest builder of supply vessels for the offshore oil and gas industry. 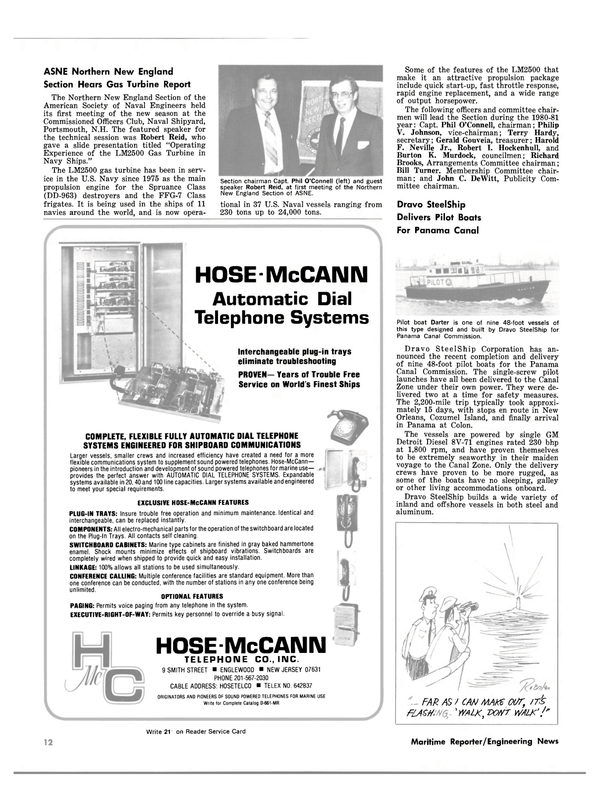