Intermac 650, a jacket launching barge built for McDermott Incorporated of New Orleans, was completed recently at the Osaka (Sakai) Works of Hitachi Zosen.

After delivery, the barge set out on its maiden voyage to Louisiana.

The largest barge of its kind in the world, Intermac 650 is capable of carrying and launching jackets of up to 36,300 metric tons in weight. It is the second barge of this type constructed by Hitachi.

Two skid beams are mounted on deck and extend the entire length of the barge. These are designed to permit distance adjustment between the beams depending on the size of the jacket.

Double-hinge rocker arms are provided at. the stern to facilitate jacket launching.

The hull is divided into 34 ballast tanks to facilitate trim adjustment during unloading and launching of jackets. The deck is constructed of 36-millimeter-thick (1.4-inch) steel plate, and the rocker arm's bottom section is reinforced to bear the heavy launching loads. 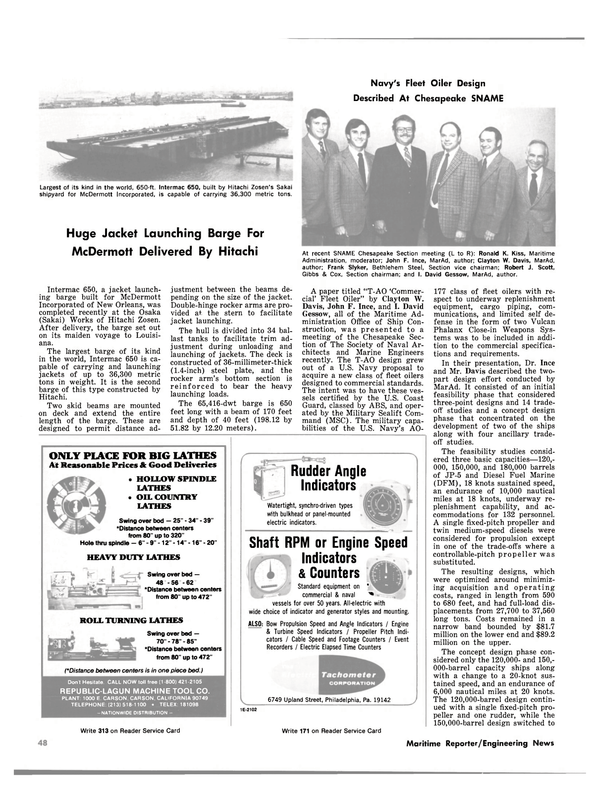