Delivery is scheduled for August 1981, according to John W.

Wolcott, president and chief executive officer of Transway, who said that CCT plans to place the new ship in service between Miami and Panama and Costa Rica.

Ambassador, which was built for CCT by the Meyer shipyard, and which began service between Miami and Ecuador on November 1, Mr. Wolcott said. The new ship has a cargo capacity of 165 highway trailers and 125 automobiles or other vehicles carried on four decks. It is 554 feet long and 71 feet wide, with a draft of 21 feet, and is designed to operate at a speed of 17 knots. 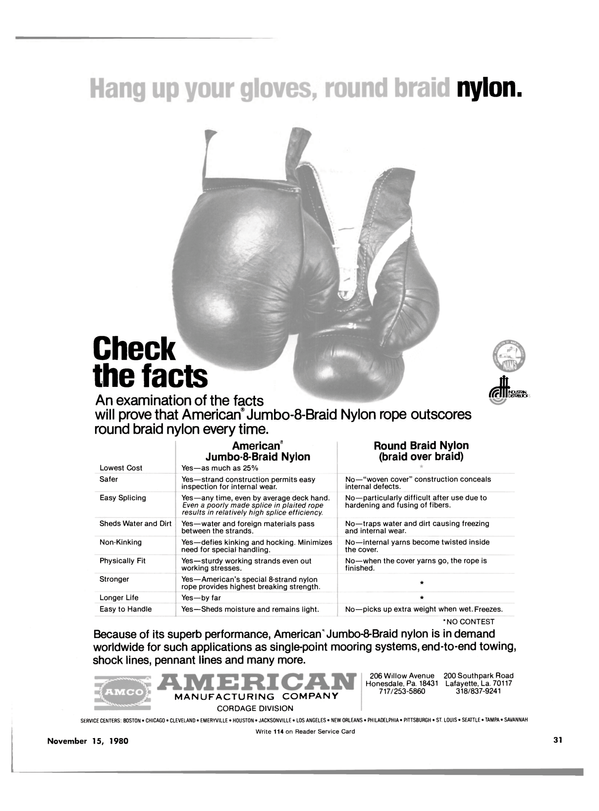