The board of directors of Gulf Coast Fabrication, Inc. has announced the election of Dan Mortimer Mortimer as president of the new company which has acquired an existing shipyard site in Pass Christian, Miss. The company will engage in all phases of marine construction, primarily offshore deck barges.

Mr. Mortimer recently left Halter Marine, Inc. of New Orleans to start this venture, and prior to that was with Seatrain Shipbuilding of New York City.

Speaking of the company's plans, Mr. Mortimer said: "We expect to grow in controlled stages to above 100 employees in the coming year. Our current plans are to launch our first barge by September and deliver a 180-foot unit no less than monthly thereafter. By creating a production capacity predicted upon cost-effective techniques and equipment, with building a welltrained and motivated group of craftsmen we will position ourselves to offer very competitive prices and on-time deliveries." 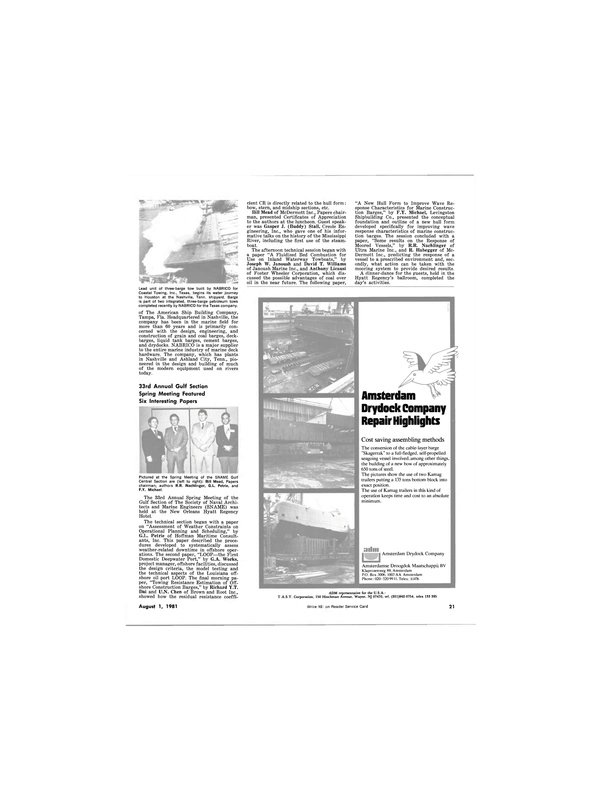