According to an agreement signed in Moscow recently, Valmet Oy Helsinki Shipyard will deliver two 8,700-dwt barge-carrying vessels of a new type (shown above) to the USSR in 1983. The vessels are of the feeder type, which will operate at the ends of main ocean routes distributing and collecting barges. The vessels can also be used as independently operating systems on short routes in such areas as the Baltic Sea and Southeast Asian Archipelago. The vessels will be able to carry six Danube Sea-Barges.

The contract is worth about $67.5 million, and includes two 600-bhp pusher tugs, one for each feeder vessel.

The vessels operate on the dock principle and each can accommodate six 1,070-dwt Danube Sea-Barges or 12 LASH barges on an open cargo deck. A stern ramp will be used for RO/RO operations. A total of 513 (TEU) containers can be stowed in three tiers.

Combined turnaround time is planned to be 12 hours. A pusher tug will accompany each mother vessel, making loading and unloading operations possible in sheltered waters without entering port.

Propulsion equipment consists of two me medium- speed diesels with a combined output of 7,600 bhp each driving its own propeller.

The speed of each vessel will be about 13 knots. 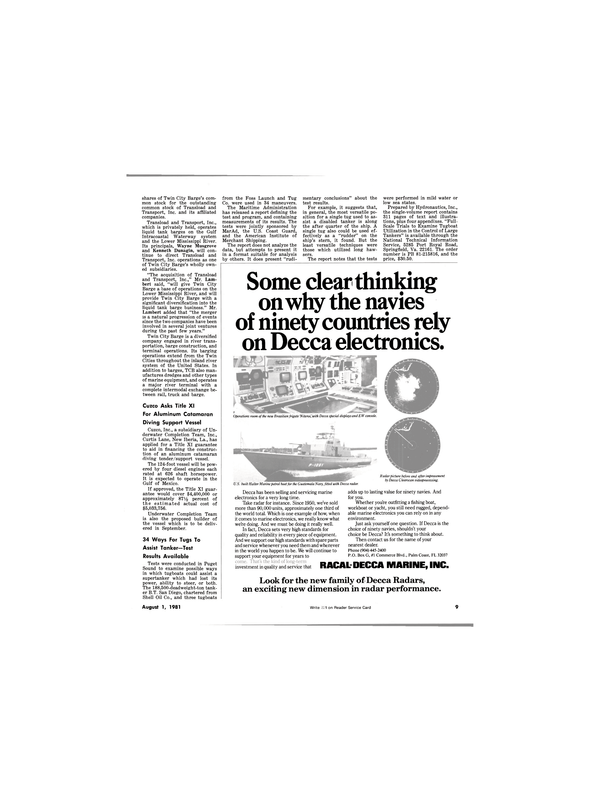