Tracor Marine, Inc. of Fort Lauderdale, Fla., recently succeeded in raising the 500- ton, 165-foot restaurant ship Livingstone Landing (shown above) from the bottom of New River in Fort Lauderdale under a timelimited, no cure/no pay contract with the Lexington Insurance Company. The vessel, built in 1936, was formerly the U.S. Coast Guard cutter Nemesis; she is reported to be the only USCG ship to have sunk an enemy submarine during World War II.

While the salvage operation was completed in only 10 days by parbuckling the vessel, installing cofferdams, patching, and pumping, the j o b was particular challenging because the vessel's conversion to a restaurant involved cutting out many bulkheads and decks, and building a new superstructure that adversely affected the vessel's stability, free surface area, and structural integrity while submerged. 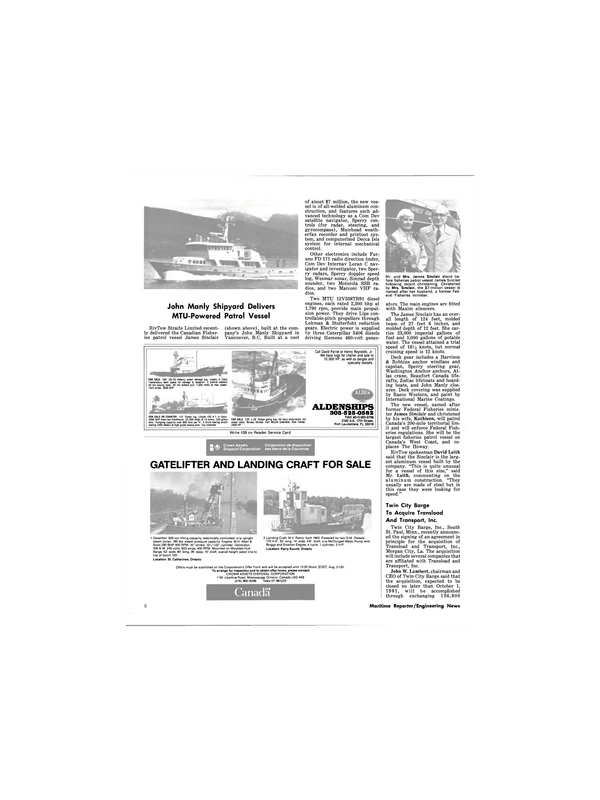