The James Sinclair has an overall length of 124 feet, molded beam of 27 feet 6 inches, and molded depth of 12 feet. She carries 23,000 imperial gallons of fuel and 1,000 gallons of potable water. The vessel attained a trial speed of 16y2 knots, but normal cruising speed is 12 knots.

Deck covering was supplied by Raeco Western, and paint by International Marine Coatings.

The new vessel, named after former Federal Fisheries minister James Sinclair and christened by his wife, Kathleen, will patrol Canada's 200-mile territorial limit and will enforce Federal Fish- eries regulations. She will be the largest fisheries patrol vessel on Canada's West Coast, and replaces The Howay.

RivTow spokesman David Leith said that the Sinclair is the largest aluminum vessel built by the company. "This is quite unusual for a vessel of this size," said Mr. Leith, commenting on the aluminum construction. "They usually are made of steel but in this case they were looking for speed." 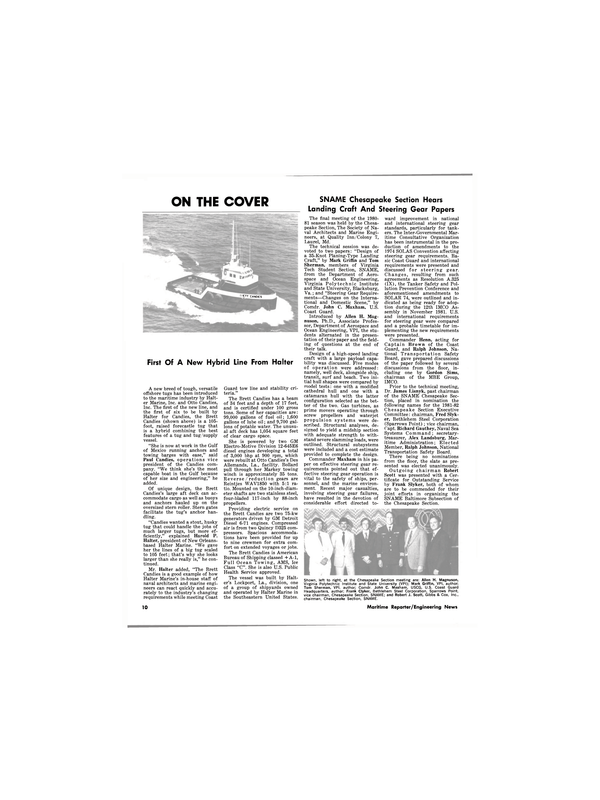