Southwest Marine, Inc., San Diego, Calif., has announced that the purchase of Bethlehem Steel's shipyard in San Pedro, Calif., has been finalized. Operations began immediately following the announcement, with a management team and staff of 50. Steadily increasing staff additions are anticipated until a manpower level of 350-500 is reached. The San Pedro facility, with its 22,000-ton drydock, gives Southwest Marine the ability to handle much larger ships, according to Arthur Engel, president of Southwest Marine, Inc. "We intend to continue our all-out blitz on the commercial and naval work available. The acquisition of the San Pedro yard and the 22,000-ton drydock allows us to handle a wide variety of large ships including tankers, barges and cargo ships. We also have knowledge that more Navy ships will be located in the Long Beach area, and we intend to get a good portion of their work." Mr. Engel announced that Gerald Smith will be relocated from Southwest Marine's San Diego facilities as general manager.

"San Pedro will have total ship repair capability," he stated. "We will be a completely self-sufficient yard. We have full shop services including machine and rigging shops, electrical, sheet metal, carpentry and pipefitting shops, a complete tool room, as well as a five-story warehouse and an admistrative building. Our pier facilities are tremendous. We have four piers with lengths from 548 feet to 1,796 feet. Each has a full range of utilities including electrical power, lines for high-pressure steam oxygen, acetylene, compressed air and natural gas, along with fresh and salt water." The yard itself is 24 acres and was purchased in excess of $3.5 million. 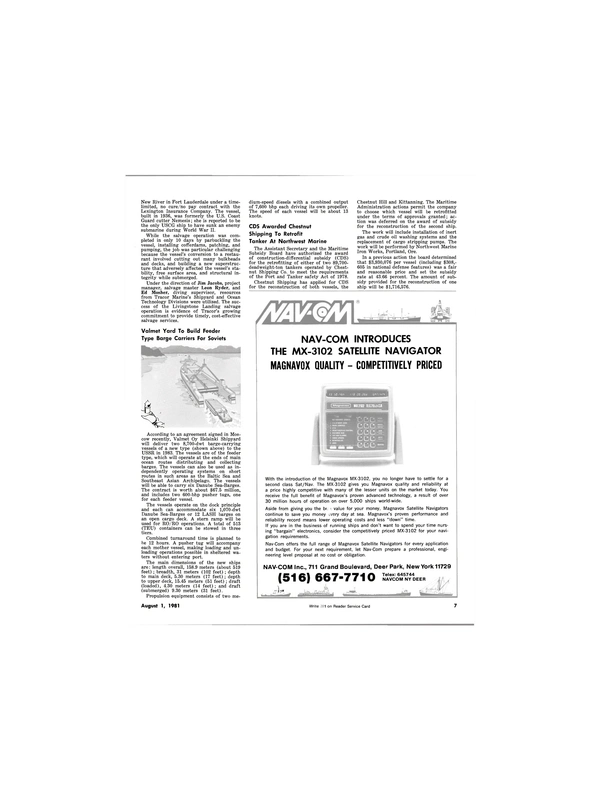