Tests were conducted in Puget Sound to examine possible ways in which tugboats could assist a supertanker which had lost its power, ability to steer, or both.

The 188,500-deadweight-ton tanker B.T. San Diego, chartered from Shell Oil Co., and three tugboats from the Foss Launch and Tug Co. were used in 34 maneuvers.

The Maritime Administration has released a report defining the test and program, and containing measurements of its results. The tests were jointly sponsored by MarAd, the U.S. Coast Guard, and the American Institute of Merchant Shipping.

The report does not analyze the data, but attempts to present it in a format suitable for analysis by others. It does present "rudimentary conclusions" about the test results.

For example, it suggests that, in general, the most versatile position for a single tug used to assist a disabled tanker is along the after quarter of the ship. A single tug also could be used effectively as a "rudder" on the ship's stern, it found. But the least versatile techniques were those which utilized long hawsers.

The report notes that the tests were performed in mild water or low sea states.

Prepared by Hydronautics, Inc., the single-volume report contains 311 pages of text and illustrations, plus four appendixes. "Full- Scale Trials to Examine Tugboat Utilization in the Control of Large Tankers" is available through the National Technical Information Service, 5285 Port Royal Road, Springfield, Va. 22161. The order number is PB 81-215816, and the price, $30.50. 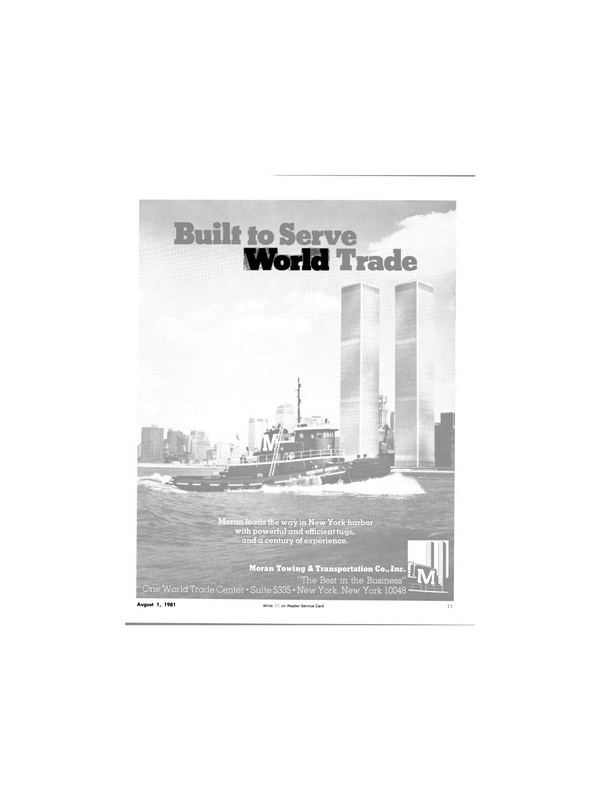