Each of the six barges is equipped with a heating system for in-transit heating of heavy petroleum products to permit faster pump-off time, eliminating lengthy delays at terminal facilities. Heating of the cargo is accomplished by hot oil circulated through coiling in the cargo tanks. The system is designed for a ratio of approximately four barrels of product for every square foot of heating surface.

NABRICO is a wholly owned subsidiary of The American Ship Building Company, Tampa, Fla. Headquartered in Nashville, the company has been in the marine field for more than 60 years and is primarily concerned with the design, engineering, and construction of grain and coal barges, deckbarges, liquid tank barges, cement barges, and drydocks. NABRICO is a major supplier to the entire marine industry of marine deck hardware. The company, which has plants in Nashville and Ashland City, Tenn., pioneered in the design and building of much of the modern equipment used on rivers today. 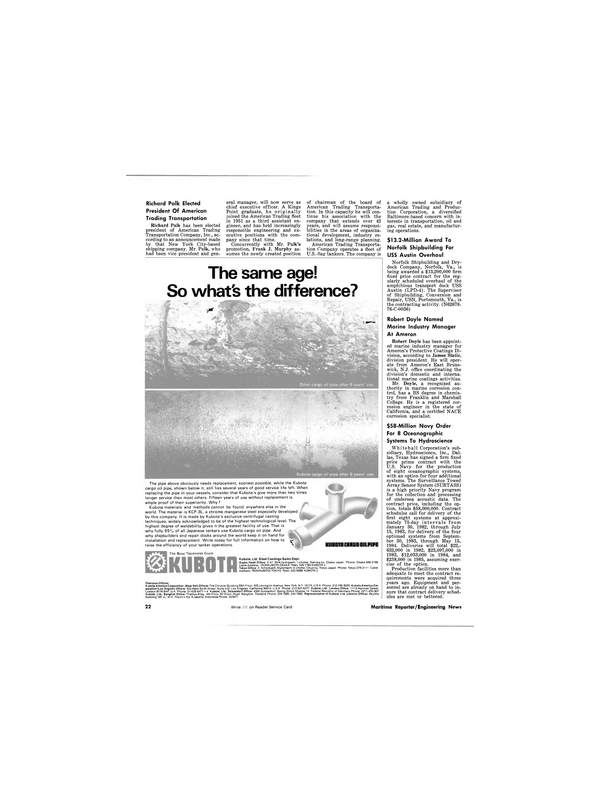