The new vessel, designed to service the offshore oil industry, is owned by California-Gulf Partnership, with Golden Gulf Marine Corporation as managing general partner. Boson-JMJ Marine Corporation, New Orleans, will be the operator, under the direction of Richard Desonier, president.

The Golden Gulf has a 40-foot width and working deck space of 4,500 square feet. It can transport a deck load of 550 long tons, and has a liquid mud capacity of I,500 barrels and dry mud capacity of 3,600 cubic feet.

According to Boson-JMJ Marine Corporation, the Golden Gulf will run with a crew of seven, with accommodations for 16. Fuel capacity is 57,000 gallons, with II,200 gallons of potable water aboard. 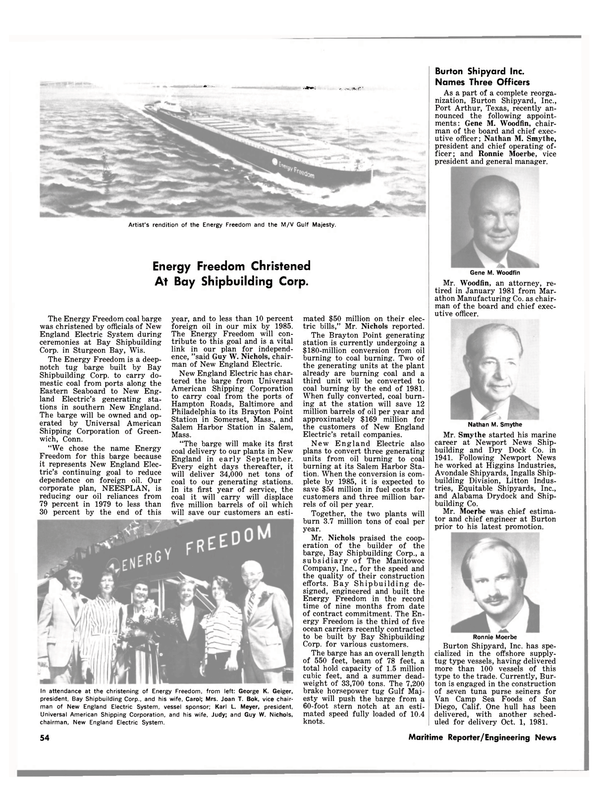