Three generals from the U.S.

Army Corps of Engineers have been nominated by President Reagan to serve on the Mississippi River Commission (MRC).

The nominations are subject to confirmation by the U.S. Senate.

The other nominees are: Maj.

Service on the MRC is an additional duty for these officers.

The MRC, created by Congress in 1879, is responsible for overseeing the comprehensive flood control and navigation project along the Mississippi River and surrounding river basins between Cape Giradeau, Mo., and the Gulf of Mexico. By law, members of the MRC are three Corps of Engineers officers, the director of the National Ocean Survey, and three civilians. Civilian members are Roy T. Sessums, Metairie, La., and Sam Angel, Lake Village, Ark. There is one civilian vacancy. 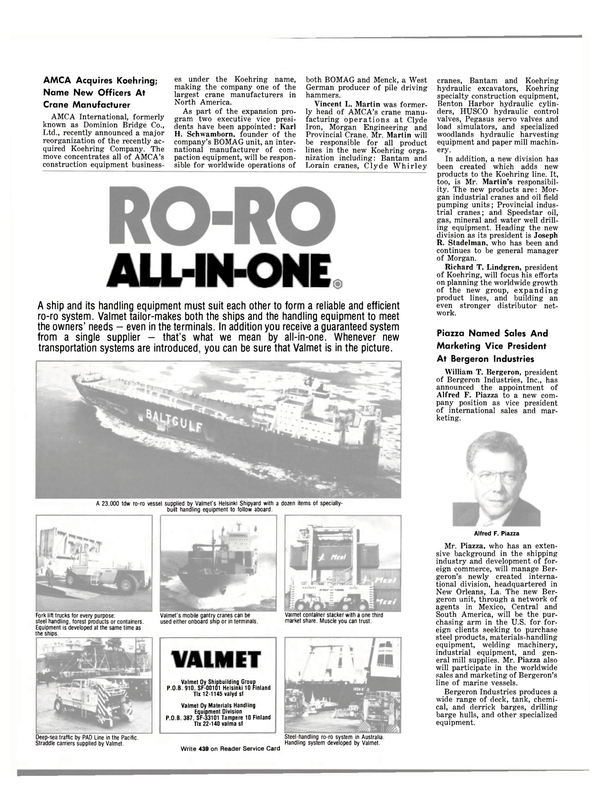