Appointed president of the Marine Division is Peter J. Gwyn who has had extensive experience in marine construction. He joined AMCA, formerly known as Dominion Bridge Co., Ltd., to head the company's 1-95 tunnel tube project at the Wiley Manufacturing unit in Maryland. Prior to joining AMCA, Mr. Gwyn held senior management positions with General Dynamics and Davie Shipbuilding, Ltd.

Included in the Marine Division are two of AMCA's operating units which are devoted to the manufacture of products for offshore applications. One of the units, IMODCO, is a major designer and manufacturer of offshore marine terminals used in international waters primarily to transfer petroleum and slurried products from shore- and oceanbased locations. The other unit, Wiley Manufacturing, is a leading fabricator of steel tunnel tubes for underwater vehicular tunnels and is currently producing the tubes for the 1-95 Ft. McHenry vehicular tunnel under Baltimore Harbor. Wiley also designs and builds barges, self-propelled vessels, dredges, and other floating equipment for the marine, construction, and shipbuilding industries.

In announcing AMCA's Marine Division, K.S. Barclay, chairman and chief executive officer, noted: "Formation of a Marine Division is a logical extension of the company's past experience in fabricating products for use in offshore projects. And, we recently established a joint venture named DB/McDermott which will provide design and construction services for the oil and gas industry in Canadian waters." 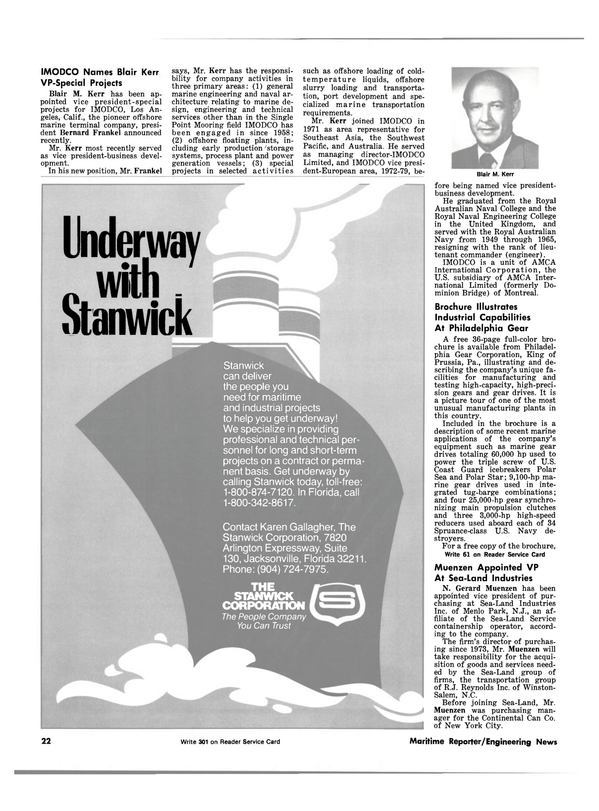