The Arctic Falcon is a 36-foot-long towboat that was specifically designed to be trucked overland. The vessel was delivered by Columbia Marine Construction, Inc., Vancouver, Wash., to Knappten Corporation, Portland, Ore.

Upon completion, which took a little more than six weeks from the time the order was received, the vessel was transported by truck on a six-day trip to Prudhoe Bay over the Alcan Highway. For such moves, the fully-insulated pilothouse can be removed in about 20 minutes with the use of hand tools. The two-piece vessel and house then are loaded onto a standard 45-foot flatbed truck for transport without convoy along roads with a maximum 14-foot-height restriction.

The tug was in service the day after she arrived.

The Arctic Falcon is the first in a series of small truckable tugs called Harbormates that range in size from 24 feet 11 inches to 35 feet 11 inches. Columbia Marine builds the tugs under license to a design of Penobscot Marine of Tacoma.

Specially tailored by Knappton for Arctic operations, the vessel is powered by twin Cummins NT-855M diesel engines through Twin Disc MG 509 3:1 gears and is capable of a maximum speed of five knots pulling and eight knots pushing. With the Cummins fuel-efficient engines, the 1,000-gallon fuel tank provides more than 50 hours' endurance.

Hough-Wagner M24 hydraulic steering and Wagner propulsion controls, with port and starboard jog stations, provide positive control through the twin 38-inch stainless- steel, four-blade propellers. A modified tunnel stern with anticavitation design allows the maximum use of the horsepower available. A full package of electronics and navigational equipment make the vessel ideal for offshore to harbor use.

A new ferry, Columbian Princess, built by Fishermen's Boat Shop, Everett, Wash., recently made a long journey by water and 108 miles overland by truck to Lake Roosevelt on the backwaters of the Grand Coulee Dam in eastern Washington. Built for the Bureau of Indian Affairs, the vehicle ferry was delivered to the Colville Confederated Tribes who will operate it on Lake Roosevelt.

The Columbian Princess will be the new Inchelium-Gifford free ferry used to handle expanding local traffic including logging and mining trucks in that area as well as general public vacationing traffic, particularly during the summer.

The vessel is unique in construction. There are four General Motors diesel 4-71 engines, one in each corner powering outdrive units with 36-inch propellers that can rotate the ship 360 degrees. The engines are controlled from a central pilothouse and usually are run in pairs, though they have the capability of operating separately, providing the ferry with extreme maneuverability. It will hold 16 vehicles up to 15 feet 7 inches in height, and the hydraulic ramps on each and facilitate loading.

From Everett, the 42-foot-wide, 120-footlong ferry proceeded under her own power through the Strait of Juan de Fuca to the Pacific Ocean and down the coast to the mouth of the Columbia River, then up the Columbia, passing through the locks of five dams. At Burbank, near Pasco, it had the ramps, propulsion units and superstructure removed, then was towed to Lower Monumental Dam on the Snake River. There the 170-ton hull was taken out of the water and put on heavy moving trucks. The Columbian Princess was hauled 108 miles over country roads and state highways to Lake Roosevelt, passing wheatfields that had been sprinkled by Mount St. Helen's volcanic ash. This was the widest load ever moved along Washington state highways according to the state's Department of Transportation. Five miles of road were widened and four bridges reinforced for the 'voyage.' A crew preceded the ferry removing traffic signs and replacing them after the ferry had passed. 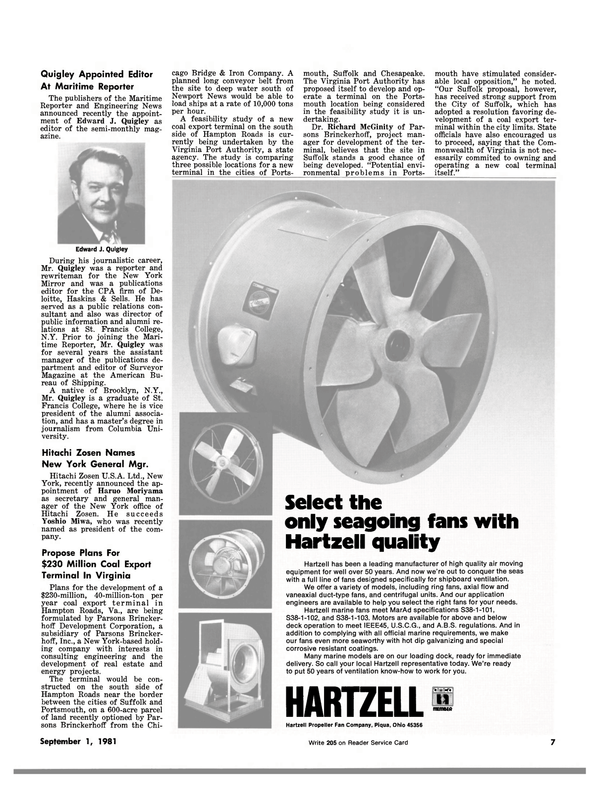