Texaco, Inc. has announced that Kenneth F. Murchison, general manager of the company's International Marine Sales Department, has retired, effective September 1, after a long and successful career in the commercial marine industry.

Born in Glen Cove, N.Y., on April 19, 1922, he was graduated from the New York State Maritime College in 1942. Subsequently, Mr. Murchison served in various capacities as an officer at sea.

He holds a chief engineer's license and was commissioned in the U.S.

Naval Reserve. Mr. Murchison was at one time the youngest chief engineer in the American Merchant Marine. He also held various executive positions in the steamship industry from 1946 to 1949, when he became president of the Circle Shipping Company Inc., an affiliate of the Paragon Oil Company, which operated the tanker fleet for Paragon.

He was named manager of the division in 1960.

Mr. Murchison was appointed director of the International Marine Sales Department in 1967.

He was named to his present position in 1971.

He plans to divide his time and will reside both at his home in Long Island, N.Y., and in Pompano Beach, Fla.

Mr. Murchison is a member of n u m e r o u s m a r i t i m e organizations, including The Society of Naval Architects and Marine Engineers, and the Society of Marine Port Engineers. 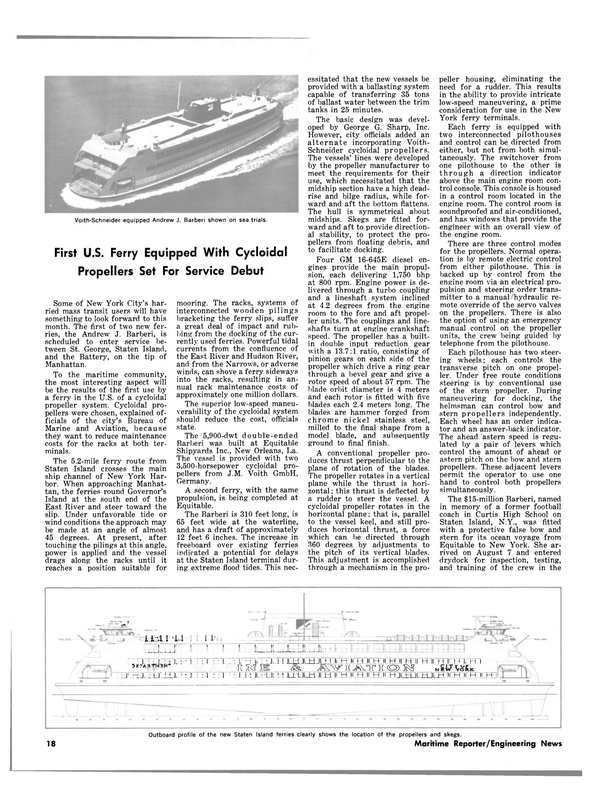