The contract was to lengthen the 4,700- grt products tanker M/V James Transport, owned by Halco Inc. of Montreal, by inserting a new 40-foot-long midbody section at a cost of approximately one million (Canadian) dollars.

The job was carried out at Halifax Ship yards in the company's floating dock, Scotiadock, and on completion provided the vessel with four additional cargo tanks.

The new prefabricated 200-ton midbody section was then lifted into the dock in two sections — upper and lower — by means of Halifax Industries' floating timberland crane.

The new section was aligned and joined to the stern section of the vessel before Scotiadock was again flooded to allow the bow section to be floated back to the rest of the vessel.

After alignment, the two sections were welded and internal modifications completed. 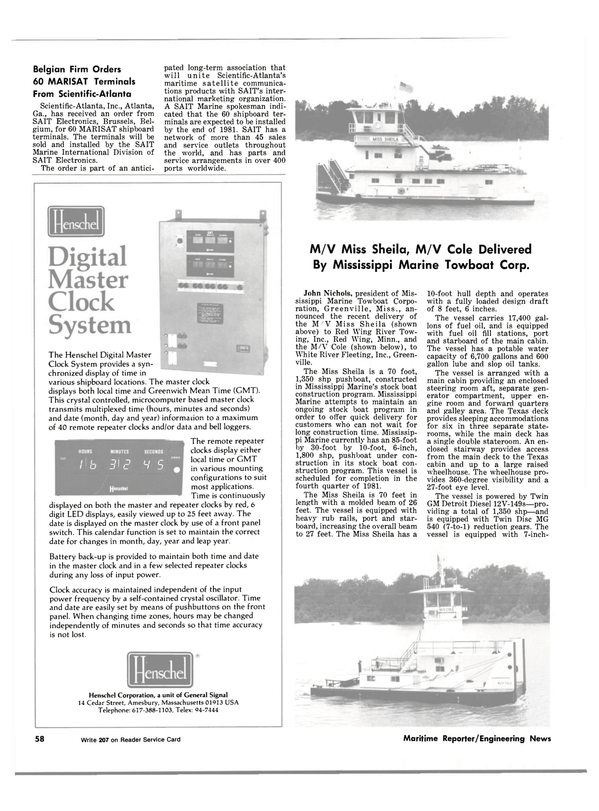