Curtis S. Townshend has been appointed vice president, marine sales, for Mobil Sales and Supply, New York. He succeeds J. Owen- Smith who has assumed new duties with the Mobil organization in London.

The Marine Sales Department is responsible for overseeing the worldwide sale of Mobil marine fuels and lubricants, and for providing technical service and assistance to shipowners and operators.

Mobil marine fuel is available at 300 ports worldwide; its premium marine lubricants are sold at some 450 locations.

A 1953 graduate of Webb Institute, Mr. Townshend joined Mobil in 1959 as supervisor of new construction, became manager of inland operations in 1963, and manager, Gulf-East Coast operations, two years later. He became operations and chartering manager in 1975, the post he held at the time of his appointment as vice president. 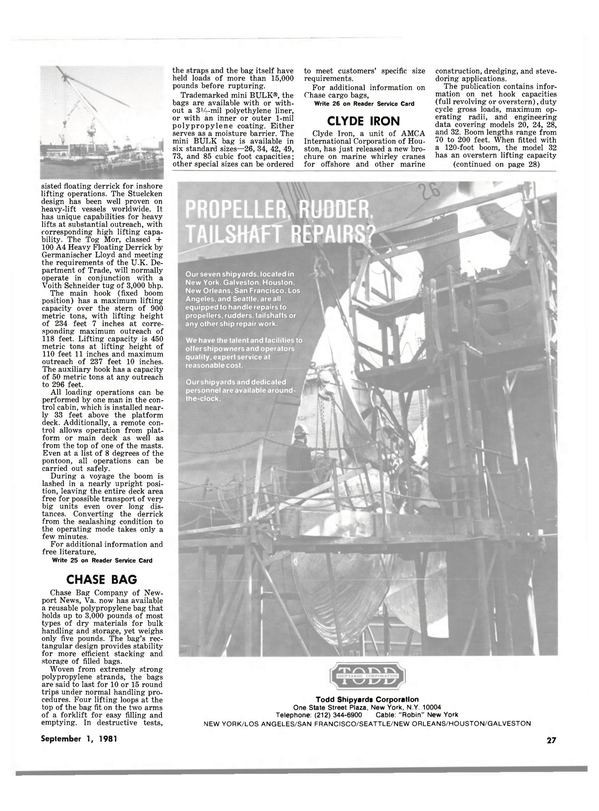