The Blue Ridge hull was constructed in the company's fiatbottomed 1,000-foot-long building dock. Launching was accomplished by flooding the dock and floating out the vessel.

The second of the sister ships, Coast Range, was launched on January 10, 1981, and the third, Sierra Madre, was launched on May 2. Both are scheduled to be delivered before the end of the year. The Blue Ridge will transport products from Union Oil's refinery in Beaumont, Texas, to Atlantic and Gulf Coast ports.

The ships are a new class designed by NASSCO. Each of the refined products carriers has a capacity of 300,000 barrels and is capable of carrying several different products simultaneously.

The Blue Ridge can transport up to 20 different products in 27 cargo tanks. Each tank is fitted with a deep well cargo pump.

The 658-foot-long ship is also fitted with a cylindrical appendage- type bulbous bow to improve speed, and is powered by a GE steam turbine engine. Each of the vessels incorporates state-ofthe- art equipment and meets the latest safety and environmental protection standards including double bottoms, a clean segregated ballast system, an inert gas system, a sewage treatment plant, collision avoidance radar, and a backup steering system.

The ships, ordered by Union Oil in April 1979, were built entirely without federal subsidy. 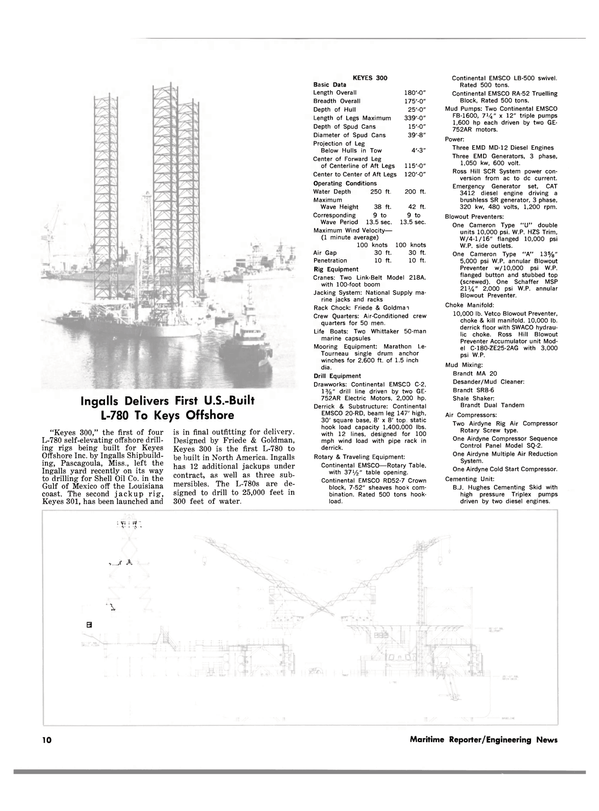