That judgement is the assessment of John Dane III, former owner and president of Moss Point Marine, Inc., and now president of the Trinity Marine Group which encompasses Trinity's shipbuilding and ship repair operations. Mr.

Dane began his career in shipbuild- ing at Halter Marine, Inc., in New Orleans in 1974 after receiving a Ph.D. in civil engineering from Tulane University.

"These changes will streamline operations, make us more responsive to our customers, lower overhead, and improve efficiency, quality and productivity," he remarked.

From its founding in August 1980, by Mr. Dane, Moss Point Marine has delivered 80 vessels, including offshore supply boats, RO/RO ships, fireboats, pilot boats, barges, research vessels, and a variety of boats for military use including barges and landing craft for the Navy.

In addition to other contracts, Moss Point Marine holds a $40.8- million contract for the construction of four 273-foot logistics support vessels (LSV) for the U.S. Army.

"We plan to win additional government contracts and bring needed employment to our area. Our bidding capacity has been greatly improved by the resources of Trinity Industries," Mr. Dane said.

The new Trinity manager said he will also expand Moss Point Marine's production and marketing efforts of a series of high-speed, fiberglass catamaran boats for government and pleasure use. The Interceptor 41, first in the series, recently topped 70 mph with its two, 600-hp engines. 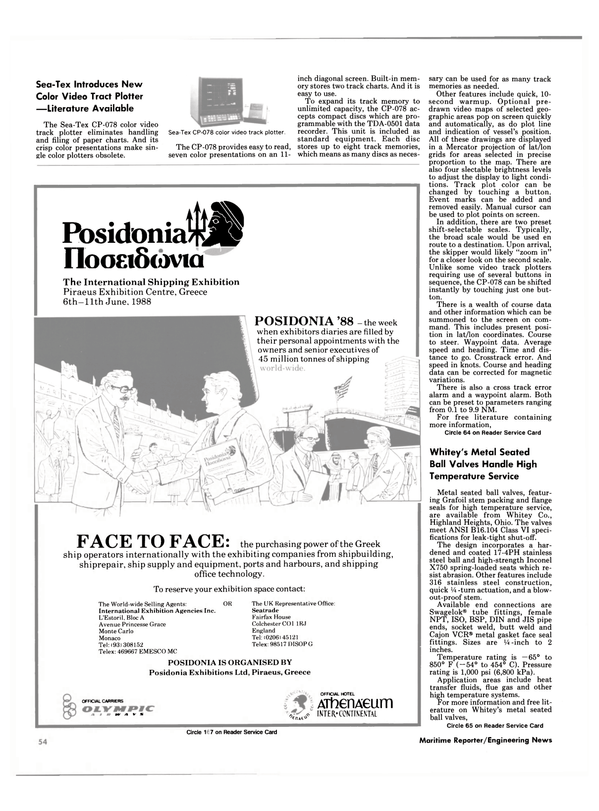