The CP-078 provides easy to read, seven color presentations on an 11- inch diagonal screen. Built-in memory stores two track charts. And it is easy to use.

To expand its track memory to unlimited capacity, the CP-078 accepts compact discs which are programmable with the TDA-0501 data recorder. This unit is included as standard equipment. Each disc stores up to eight track memories, which means as many discs as neces- sary can be used for as many track memories as needed.

Other features include quick, 10- second warmup. Optional predrawn video maps of selected geographic areas pop on screen quickly and automatically, as do plot line and indication of vessel's position.

All of these drawings are displayed in a Mercator projection of lat/lon grids for areas selected in precise proportion to the map. There are also four slectable brightness levels to adjust the display to light conditions.

Track plot color can be changed by touching a button.

Event marks can be added and removed easily. Manual cursor can be used to plot points on screen.

In addition, there are two preset shift-selectable scales. Typically, the broad scale would be used en route to a destination. Upon arrival, the skipper would likely "zoom in" for a closer look on the second scale.

Unlike some video track plotters requiring use of several buttons in sequence, the CP-078 can be shifted instantly by touching just one button.

There is a wealth of course data and other information which can be summoned to the screen on command.

This includes present position in lat/lon coordinates. Course to steer. Waypoint data. Average speed and heading. Time and distance to go. Crosstrack error. And speed in knots. Course and heading data can be corrected for magnetic variations.

There is also a cross track error alarm and a waypoint alarm. Both can be preset to parameters ranging from 0.1 to 9.9 NM. 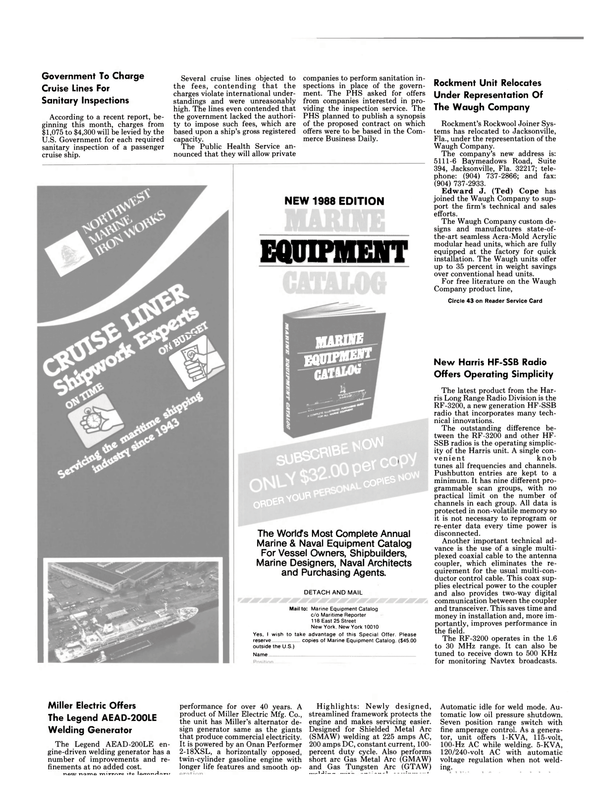