He managed the Remanufacturing Division in Ottawa, 111., for 11 years and was head of Borg Warner Brazil from 1979 until 1983. Most recently, he was vice president/general manager of Borg Warner Clutch Systems, in charge of worldwide clutch operations with plants in four overseas locations and a major distribution center in Chicago.

ZF of North America, Inc., is a subsidiary of Zahnradfabrik Friedrichshafen AG (ZF-AG), West Germany, and as such the exclusive sales and service organization for the North American market—providing transmissions, drivetrains, axles and steering gears for passenger cars, on- and off-highway vehicles and equipment as well as marine applications to North American customers since 1979.

In addition, ZF-AG has installed manufacturing companies to serve the American market: ZF-Transmissions Inc., Gainesville, Ga., and ZF-Steering Gear (US) in Brewer, Maine.

For more information and free literature from ZF-NA, Circle 20 on Reader Service Card 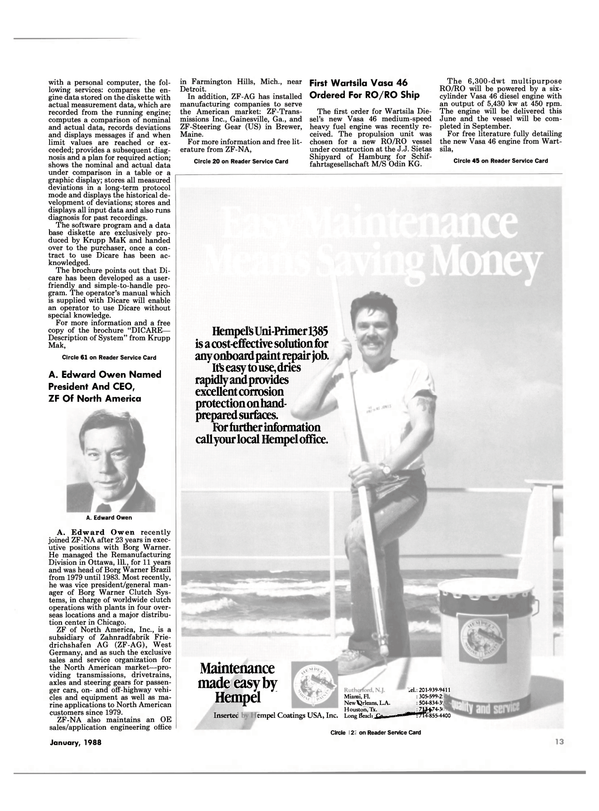