Based at opposite ends of Spain's Atlantic Coast these 35's join a list of VT Halmatic pilot boats operating on the Iberian Peninsula and Canary Islands. The Optimized 35 features a new resiliently mounted wheelhouse offering increased comfort and visibility for the two man crew and up to four pilots. The isolated wheelhouse helps to reduce levels of noise and vibration from the machinery space. Equipment levels have been significantly improved from that found on the previous model.

The boats are powered by twin Perkins Sabre M215C or Caterpillar 3056TA diesel engines to give a 20-knot top speed on a 9.5 ton displacement.

Within the last few months a Halmatic 40 and Halmatic 35 have also entered service with the pilots of Las Palmas de Gran Canaria and Pasajes. These boats were fitted out respectively by Comercial Rofer in the Canary Islands and Chantiers Sibiril in France. 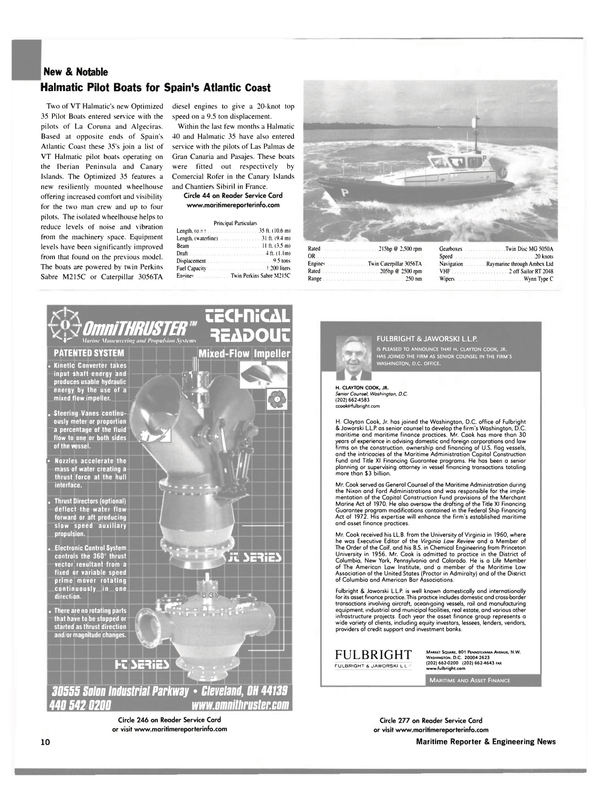