Alabama Shipyard has contracted with Manson Construction Co. to build a hopper dredge at its facility in Mobile, Ala.

The 12,000-cu.-yd. hopper dredge, designed by Hal Hockema & Associates of Seattle, Wash., will measure 390 x 76 x 30 ft. Engineering and Planning for the hopper dredge has begun at the facility on Pinto Island, and steel cutting is set to begin in November 2004. Delivery is slated for October 2005. Ron J.

Inc. said. "Manson is a leader in the marine construction industry and we are excited about the opportunity to work with them on this project." Manson Construction Co. Chairman of the Board. Everett "Pete" Paup. said "We are very excited about our association with Alabama Shipyard and their capabilities in vessel construction. Once complete, the hopper dredge will be the largest in the United States. Since 1978, Congress has encouraged the development of a private hopper dredge industry to replace older USACOE dredges and Manson again responds with the building of this, our fourth, hopper dredge as the next step in that progression." Circle 15 on Reader Service Card 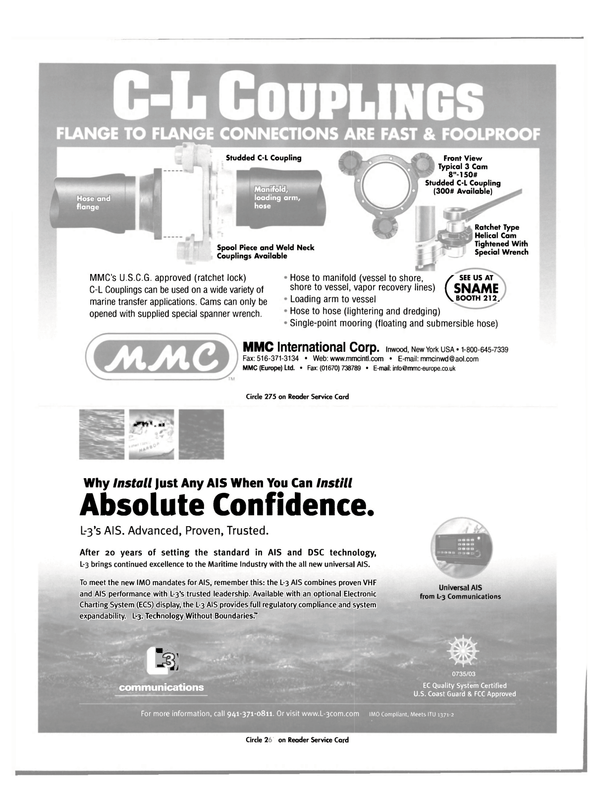