Judge Hayden also awarded $2.1 million of the fine to a former OMI crew member who reported the crimes to the gov - ernment.

In pleading guilty, OMI admitted that it had deliberately discharged waste oil, sludge and oily-water mixtures directly overboard from the oil tanker Guadalupe without the use of an Oil Water Separator. The deliberate discharges were then concealed in a false and fictitious Oil Record Book.

The government learned about OMI's criminal conduct from an individual who once served as a member of the engine room department on the Guadalupe. In September. 2001. when the ship arrived in Carteret, NJ, the ship's 2nd Engineer walked off the ship and directly to the local police . 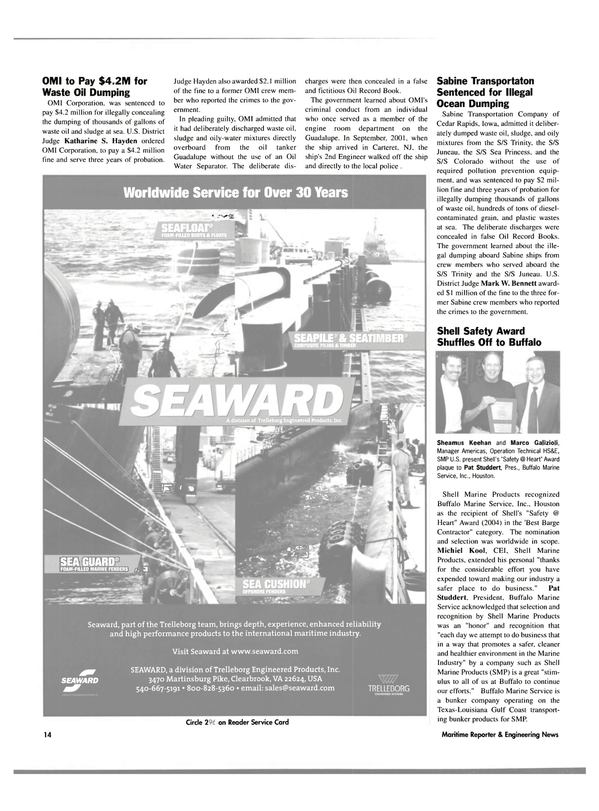