Merwede Shipyard has been busy of late, announcing two significant jobs from the military and commercial sectors.

On the military side, the company announced a contract for the design, engineering and building of one Multi- Role Vessel, for Tenix Defence of Australia. The vessel will meet or exceed all operational requirements of the New Zealand Ministry of Defense, including those for cargo and troop carriage, speed, endurance, helicopter operations and the secondary role of Exclusive Economic Zone (EEZ) patrol and response. This MRV is part of a total of seven vessels that will be supplied by Tenix Defence to the Ministry of Defence of New Zealand, and the vessel, built to the rules of Lloyd's Register, will take 22 months to build.

Merwede Gets First Offshore Vessel Contract On the commercial side of the ledger, Solstad Offshore ASA signed a Letter of Intent with Merwede Shipyard to build an Ulstein PI05 platform supply vessel, which signed a contract with reservations with Ulstein Design AS regarding the delivery of a design and equipment package worth a total of more than NOK 70 million. "This is Ulstein Design's first contract outside the Ulstein Group and is very important for us," says Ulstein Design's President, Tore Ulstein. The first Ulstein PI05 platform supply vessel was built in 2003, and earlier this year contracts were signed for two new construction projects and one option. Ulstein Design will deliver the designs, a complete set of supporting drawings and equipment to the shipyard.

"Among other things we are going to deliver the propulsion system, engines, cargo system and dynamic positioning system. In addition, through the Ulstein Group's electrical & control system company Ulstein Elektro, we will deliver all the marine electronics, switchboards, consoles and starters," said Ulstein Design's Vice President Market, Erik Andreassen. "As Ulstein Design's first foreign contract this is a very important project." Merwede Shipyard is a new building and repair yard established in 1902, but this is the yard's first offshore vessel reference.

To date it has built and delivered a wide variety of vessels, including dredgers, ferries, tankers and cruise ships. Steel will be produced in the Netherlands and the yard will commence work on the construction project in the autumn of 2004. The vessel is to be delivered in September 2005. 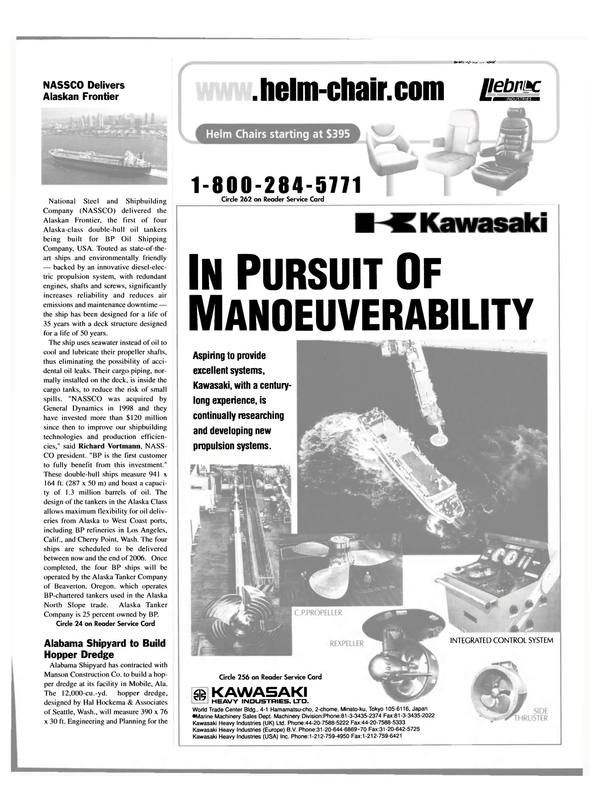