Payer Presented Cross of the Order of Merit

Dr. Hans G. Payer was recently presented with the Federal Republic of Germany's Cross of the Order of Merit by Hamburg's Senator for Economy and Labor, Gunnar Uldall. The award recognizes Dr. Payer for his distinguished services, sustained over many years, to the cause of improvements in ship safety.

Dr. Payer built a career around the development of the highest safety standards in shipbuilding and ship designs that accommodate both the increasing emphasis on safety and the economic demands of modern ship operations.

Throughout his career, Dr. Payer consistently directed his efforts towards both the advancement of technology and a growing awareness for quality in shipping.

The Austrian-born Payer was in the service of Germanischer Lloyd (GL) for 27 years, last of all as Member of the Executive Board, until his retirement at the end of 2003. In his honorary positions as President and Vice-President of the International Association of Classification Societies (IACS), President of the European Association of Classification Societies (EurACS), and also Chairman of the "Tanker Structures Co-operative Forum," Dr Payer advocated and promoted an intensification of the international dialogue on the technical safety of ships. The Order of Merit of the Federal Republic of Germany ('Cross of Merit') was endowed by the Federal President Theodor Heuss in 1951. It is the highest distinction awarded by the Federal Republic of Germany for services to the public good. It is bestowed upon both German and foreign citizens for outstanding political, socio-economic and intellectual achievements. 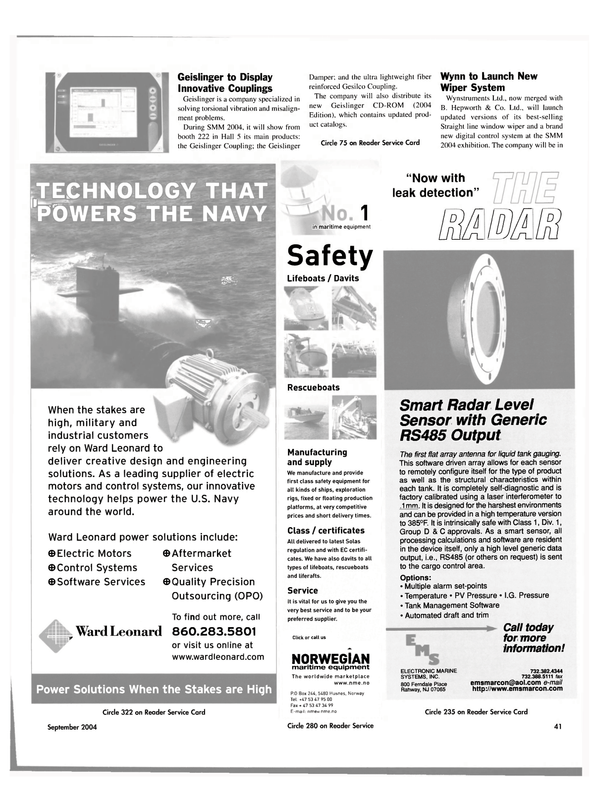 Read Payer Presented Cross of the Order of Merit in Pdf, Flash or Html5 edition of September 2004 Maritime Reporter