German industry is doing much to advance the development and application of fuel cell technology, and is responsible for many of the initiatives launched so far in the marine sector.

Although skeptics in the commercial shipping domain discount the chances of a substantial uptake of fuel cell power aboard mercantile traders in the foreseeable future, there is a growing realization of the long-term possibilities offered by the technology, albeit in specialized areas. Use in auxiliary plant may hold out certain opportunities in some types of vessel.

Minimal environmental impact, due to an absence of the noxious emissions produced by internal combustion engines, plus quiet, vibration-free running and high thermal efficiency are characteristics of fuel cells that are of interest to sectors of the marine market.

In the meantime, Howaldtswerke- Deutsche Werft (HDW) has been commercially vindicated in its bold move to adopt fuel cell technology as the basis for the air-independent propulsion (AIP) system in a new generation of submarines.

Although U31 is only just coming into commission, the hybrid powering concept using fuel cells has already drawn wide approbation, to the extent that contracts have now been secured for fuel cell-equipped, newbuild submarines for the Italian. Greek, South Korean and Portuguese navies, along with retrofit installations in an existing series of Greek boats.

The quiet-running hydrogen fuel cellbased, atmospheric air-independent propulsion system not only makes it more difficult for the submarine to be detected, but also enables the boat to stay submerged for longer periods.

Development and construction of the 212A-class, following on from the successful 209 type, was entrusted by the German navy to HDW and Emden builder Nordseewerke, two of the three partners in the German Submarine Consortium.

Cooperation between the German and Italian defense ministries in submarine procurement has led to the design being licensed to Fincantieri for two 212A newbuilds for the Italian Navy. In addition, the convincing benefits of fuel cellpropulsion have led to orders for a follow- on design, the Type 214, from Greece and Korea. The first of four Greek 214s was launched in April this year at HDW's Kiel premises, and the subsequent three newbuilds have been entrusted to Hellenic Shipyards, HDW's Greek subsidiary. Three Type 214s for service with the South Korean Navy are to be built by Hyundai Heavy Industries. The performance of the AIP system in the 214 design has been increased with two Siemens PEM fuel cells producing 120-kW per module.

The German Submarine Consortium, which includes Ferrostaal of Essen besides HDW and Nordseewerke, has also this year landed a contract calling for two 209PN-class submarines, plus an option on a third vessel. As with the 212A and 214 types, the 209PN employs air-independent propulsion arrangements founded on fuel cells.

In addition, HDW has opened the way to retrofitting class 209 conventional submarines with fuel cell propulsion.

The Greek Navy has seized the opportunity, and has entrusted refitting of such a system to four of its fleet of eight 209 vessels to Hellenic Shipyards. The project encompasses the supply of Siemens PEM fuel cell modules and the electrical equipment for integration with each boat's existing propulsion system. The modernization project is intended to put the submerged range of the four 209- class submarines, dating from the late 1970s, on a par with that of newbuilds. 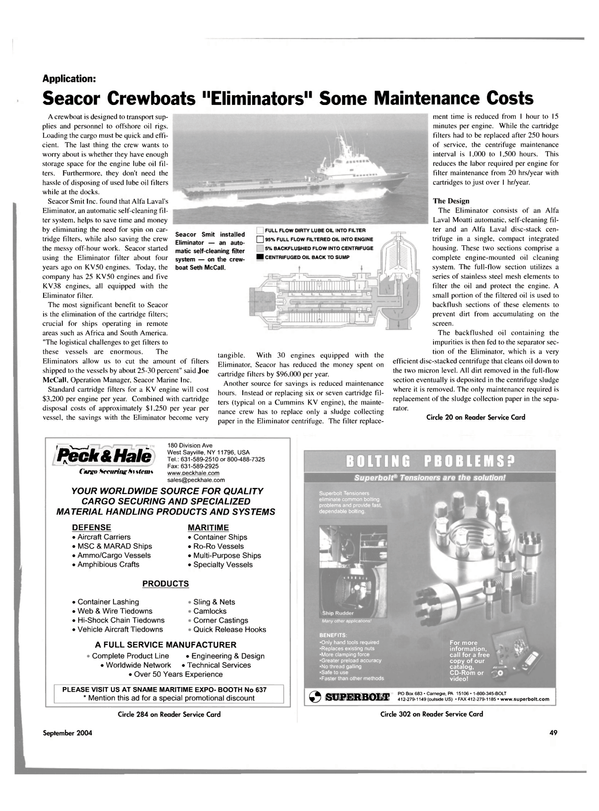