Following the introduction of the TCA axial turbocharger two years ago, MAN B&W Diesel Group announced an expansion of the range to include a completely new radial turbocharger. The TCR turbocharger will replace the current NR series that has been in production for nearly 50 years culminating in the current NR/S design. The new TCR series has a compressor pressure ratio of 4.7; but capable of up to 5.2 when built as a special version. Aimed specifically at the medium and high-speed diesel and gas markets, six different models are able to cover a wide range of outputs from 400 to almost 6,000 kW.

The TCA and TCR are the first MAN B&W Diesel turbochargers to be completely designed using a 3D-CAD system, a move which simplified and reduced development work by integrating innovative software tools during the CFD (flow) and FEA (strength) analysis.

With regard to the rotor support, the MAN B&W engineers came up with something special: The axial bearing was located between the two radial bearings which permitted minimization of the bearing space requirements. The sealing system was also designed to be as compact as possible and without any additional sealing air requirement. The piston ring gasket, combined with a labyrinth seal, was thoroughly tested and proved to provide optimum sealing capacity both in operation and at standstill.

Flow calculations played a major part in the development of the new turbine in order to create a shape with high efficiency on the one hand and a wide application range on the other.

Consequently the new turbine is designed to provide optimum values in part load and full load operation and the manufacturer reports that it is equally suitable for constant and pulse pressure turbocharging. Development work also concentrated on the noise level by the introduction of a completely new intake silencer, which reduces the turbocharger noise. 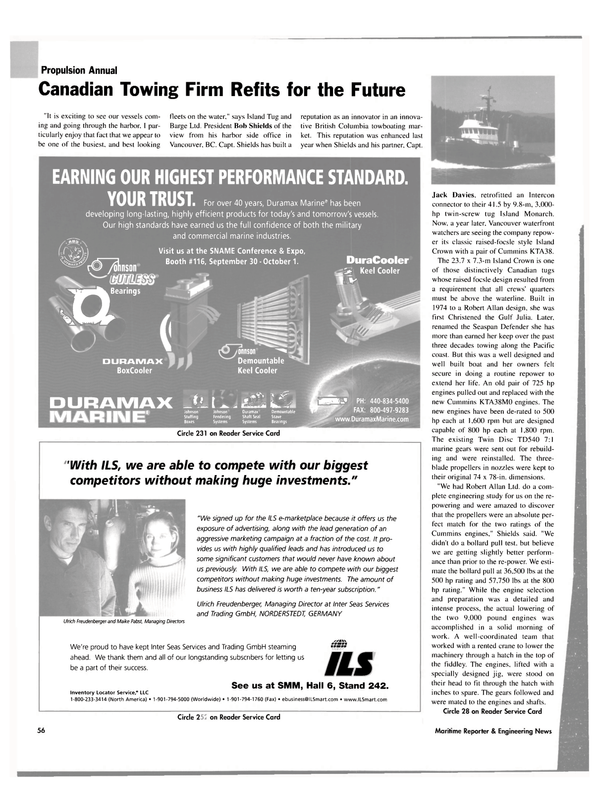