The alliance will create a systems house with strong positions in the naval shipbuilding sector.

"Under the new structure all existing locations will be retained," says Dr.

Olaf Berlien, Chairman of the Executive Board of ThyssenKrupp Technologies AG. Based on the existing key activities of the individual shipyards, the new group will concentrate on four product areas: submarines, naval ships, civilian ships and repairs. The locations Hamburg, Emden and Kiel will each be developed into centers of excellence with clearly defined product responsibility.

This will safeguard the locations longterm and create a balanced development perspective. The Hamburg location will concentrate on naval surface ships and mega yachts as well as the repair business. Emden will be the location for naval and merchant surface ships, while the submarine activities will be concentrated in Kiel.

It is envisioned that the new structure offers decisive advantages for project management compared with the current common practice of work sharing for submarines and naval ships. In addition, the concentration of each activity at one main location will reduce logistics expense in the future.

The merger agreements are to be signed until the end of September.

Subject to the approval of the relevant supervisory bodies of both partners and the competent authorities, the merger is expected to be completed until the end of December. 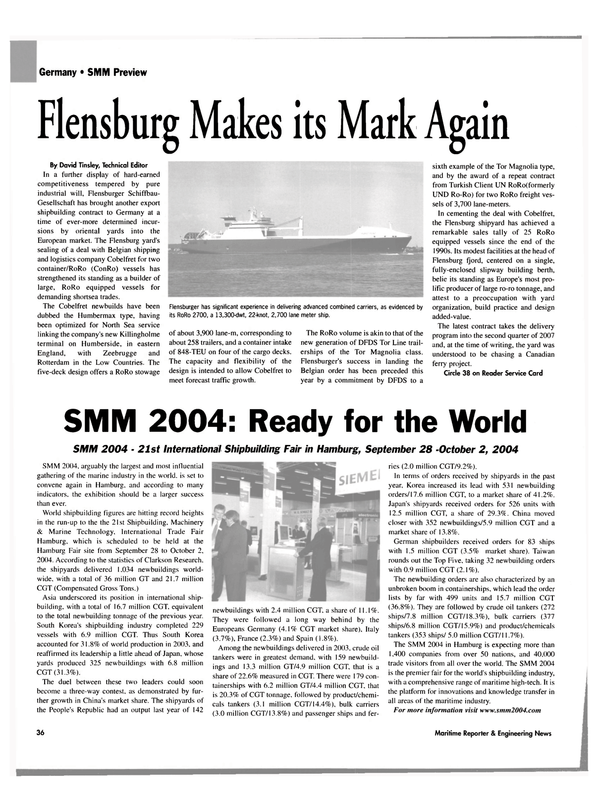