Becker Kort nozzles are designed to give increased propulsive efficiency from the propeller that is surrounded by the nozzle. This results from the water being directed towards the propeller in a more uniform stream. Compared with what happens with a free propeller, the static pull can be up to 45 percent greater, with the result that a smaller main engine can be used. Furthermore, the nozzle structure of the Kort system protects the propeller from damage.

In order to improve the steerage capability of the vessels, Becker Marine Systems has equipped its Kort nozzles with a movable flap at the nozzle outlet.

Because of the movable Becker flap at the end of a rudder nozzle, the transverse force produced is on average up to 45 percent more than with fixed fins, resulting in an increase in vessel steerage capacity.

The Becker flap, designed for very high performance, has a high transfer ratio, contributing to the fact that only small rudder angles are necessary to produce large transverse forces. At cruising speed helm angles can be reduced by up to 50 percent, compared with the fixed fin. The average turning circle is reduced and manoeuvrability improved since the nozzle thrust is not set to "propulsion".

With tip clearances remaining the same, smaller rudder angles produce a better propeller environment, resulting in reduced vibrations. In addition, there is also optimum water inflow, achieving an even greater level of efficiency. The life expectancy of the nozzles is thus increased and fuel savings result.

Practical Use The Becker Kort nozzles are mainly used for vessels with a top speed of up to 16 knots. But Kort nozzles are also advantageous in the case of faster vessels that, for example, fish at a lower speed on reaching their destination. As the vessels can turn more quickly it becomes easier for them to pursue shoals of fish. In particular, heavily laden ships with full sterns can profit from the short design of the Becker nozzle, since the restricted aft-end space does not have to be filled with a nozzle and an additional rudder. When the nozzle and the rudder are set too closely together, this results in poor nozzle inflow, reduced efficiency and increased vibrations, as well as greater wear. 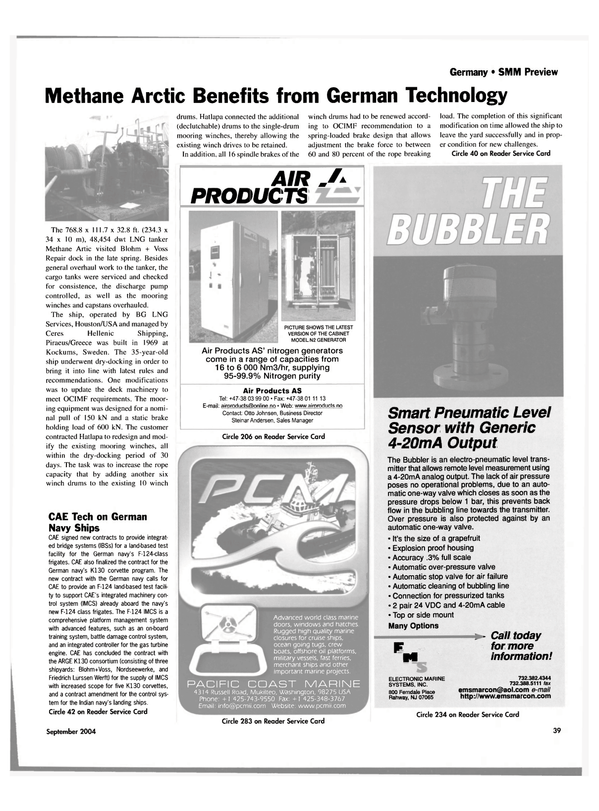