It is impossible to view the global container shipping business without looking at it through the prism of vessel capacity being added to the market. What happens over the next two years will be a direct result of the glut of newbuildings that are flooding into service and wrecking freight rates. 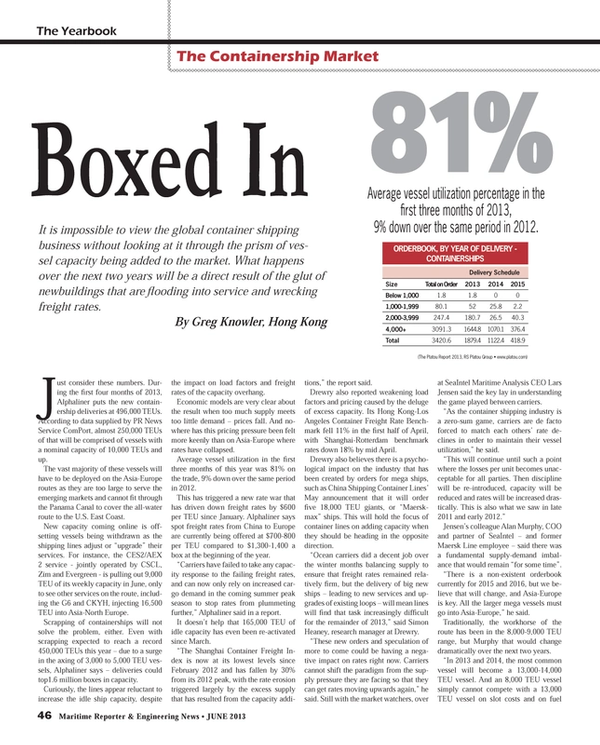 Read Boxed In in Pdf, Flash or Html5 edition of June 2013 Maritime Reporter