Irving Plans for the Future

Together with its Tier 1 subcontractors, Irving is working to  produce a detailed AOPS ship design that delivers best value to Canada while ensuring it meets the 2015 deadline to cut steel on the first ship.  Ongoing projects for Canada also require continued focus.  The shipyard has successfully delivered four of nine high-tech mid-shore Hero-Class patrol vessels for the Canadian Coast Guard and will complete this  $194-million contract in 2014.  Our $549-million contract for midlife refits on seven of Canada’s Halifax-Class frigates also continues through until 2017, with two vessels complete and two underway.

With a view to the larger, more complex NSPS Canadian Surface Combatant program, Irving Shipbuilding is busy investing an estimated $300 million in modernizing its primary facility, Halifax Shipyard.  “It is why I returned to Irving Shipbuilding in 2012; to build the best shipyard in North America and to grow and develop our workforce to meet the demands of the new technologies and facilities,” said Matt Reid, Executive Vice President, Operations for Irving Shipbuilding.  “Having spent 50 years in the shipbuilding industry, beginning in Scotland and spanning both Canada and the U.S., I realized the opportunity to build a state-of-the-art facility from the ground up only comes along once in a lifetime.  We are committed to a design for manufacturing strategy to allow us to meet our customer’s priorities; cost performance and on-time delivery.”  The upgrades at Halifax Shipyard will be ready for cut steel for the first AOPS vessel in 2015, and will allow the company to more effectively and efficiently carry out that program.

Irving Shipbuilding’s proven history of successfully building 80% of the Canada’s current combatant fleet, priming Canada’s Halifax-Class frigates and building the Maritime Coastal Defence Vessels and Mid-Shore Patrol Vessels on time and within budget, combined with the combatant vessel projects in the shipyard today and now AOPS, have and continue to demonstrate the yard’s capabilities. “Our employees are excited for the opportunity Canada has given them and the confidence in their ability to succeed,” added Mr. Reid. “We are also very pleased to be welcoming our new President, Kevin McCoy, a former U.S. Navy Vice Admiral with extensive shipbuilding and ship repair experience.”  The time and effort being invested in the construction of new facilities, build-strategy, design, manufacturing and processes as well as our human capital will ensure Irving Shipbuilding successfully creates and maintains the Shipbuilding Center of Excellence that Canada has chosen to establish in Nova Scotia, Canada. 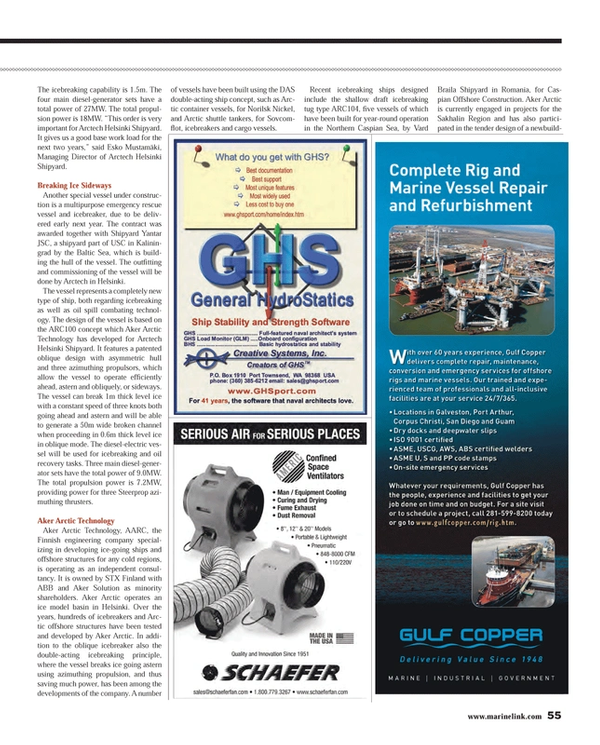 Read Irving Plans for the Future in Pdf, Flash or Html5 edition of June 2013 Maritime Reporter