While the Integrated Bridge increasingly plays a bigger role in various shipbuilding programs, in many cases the degree of integration can be limited and does not allows a fully functional integration of different navigation systems or further ship systems on the bridge.
In tandem there has been an increasing demand for higher level integrated bridge systems, which was reasonably driven by more sophisticated and safety-sensitive vessels such as cruise ships, specialized vessels and few oil tankers.
The higher degree of integration, achieved through a network-based and task-oriented system architecture, simplifies operation and empowers the crew in their long-ranged business on the one hand and increases availability of system and function, reliability and, above all, safety, on the other hand.
From a ship owner’s perspective, typical requirements are an easy-to-operate systems that doesn’t need too much training time, more efficient bridge operations through integration of additional applications in existing hardware, standardized and reliable installation procedures as well as central service contacts for immediate attendance and minimum vessel downtimes.
Operators generally desire a system that is easy to understand display with intuitive and standardized operation; has central access to core navigation and administration routines; is less workload through automation of routines and automatic performance monitoring; reduces stress via better alert management and offers safety through redundancies.
In modern bridge systems the key to a higher degree of integration is a network-based and task-oriented system architecture providing advanced system functions, which are in accordance with IMO’s Performance Standards for Integrated Navigation Systems (INS) and ready for additional and future enhancements commonly summed up under the E-Navigation term.
The new Performance Standards require an Integrated Navigation System to integrate the tasks of collision avoidance, route monitoring, route planning, navigation control data display, status and data display and a centralized human-machine interface for alert management on multi-functional displays.
INS also provides integration of sensor data and other information such as MSI, AIS, charts, radar, centralized alarm management, system status display and reliability indication for important equipment, just to name a few features that improve availability of function and data and thus help making navigation safer as well as bridge operations more efficient and simple. And finally, INS actually provides answers on many e-navigation requirements, particularly by the new Multi-Function Displays, which bring the long desired standardized workstation layout, ergonomics and symbology.

Multi-Function Display
The Multi-Function Display (MFD) plays a key role within the new generation Integrated Bridge and can be configured to offer the functions Radar, Chart Radar, ECDIS, Conning or any combination enabling access to and control of different tasks from any work place connected to the network. This helps to simplify procedures through central access, and can offer additional redundancies and highest availability of data and functions. To keep operation as simple as possible, the MFD comes with the required harmonized human machine interface and data integration.  Furthermore, for all displays a central switch-over of colors and central dimming is possible from any workplace on the bridge.  Thereby, a standardized operating philosophy should not be limited to the displays, but same buttons, surfaces and inscriptions should also apply to as much as possible of all hardware units installed at the consoles such as steering control devices, thruster controls, autopilots, positioning systems and others but also operator panels for Radar, ECDIS and Conning.
With an appropriate system architecture providing open data structures, data contents and interfaces to various sensors and onboard systems, some manufactures make possible even the functional integration of additional applications such as ship automation systems or dynamic positioning systems as required.
However, the INS can not only communicate with other onboard systems but also to utilize and integrate shore-based data services such as online chart updating including tidal and route planning databases, NAVTEX services as above, or weather chart data for weather routing and weather observation during offshore operations. Service and spare part logistics also needs continuous communication between ship and shore and we see ship maintenance software solutions covering not only engine room stores but also the bridge system.
Even if E-Navigation still seems far away in the future, this shows that many similar features have already been introduced during the past years. And good news is that the first building-brick for the shipborne part of e-navigation is ready to install and use:  The INS (Integrated Navigation System), as defined in IMO’s performance standards MSC.256(87).

Synapsis Intelligent Bridge
German navigation system manufacturer Raytheon Anschütz installed its Synapsis Intelligent Bridge Control system the first IMO-compliant Integrated Navigation System on a tanker newbuilding at 3. Maj Shipyard of Rijeka, Croatia. Beyond the pure functional features, Synapsis comes with a new architecture, typically based on Multifunctional Workstations that share information through a redundant bridge Ethernet network and serve the operator with central data access and control. Workstations connected to this network receive their data, tasks and configurations automatically while being continuously monitored for availability and data integrity. Having all information locally available, independent from the network infrastructure, increases availability of data and services and thus reliability in operation.
The workstations feature an innovative infrastructure software framework, which serves as the “Synapsis Integration Platform” within the bridge navigation network. All central services such as navigation control data processing, data storage and distribution, alarm monitoring and data display are concentrated and processed on the platform. Depending on the required task and display, the data is bundled, shared throughout the standardized network and presented by the end user applications. The platform also integrates tasks that have been previously performed separately by closed end user applications, such as configuration and task management, redundancy and back-up management.


CASCADe:
R&D Project to Help Enhance Maritime Safety
Almost 80% of collisions and groundings occur due to a failure of bridge systems and their usage

A new three year European Research Project, part funded by the EU has been launched to help increase safety on-board vessels. CASCADe, (model-based Co-operative and Adaptive Ship-based Context Aware Design) aims to address the lack of symbiosis which exists between current bridge design, operational procedures and the end user.
In the maritime environment there is a proliferation of increasingly complex technology, and studies have shown that the use of instruments with a range of different user interfaces or the provision of too much information can lead to errors and a reduction in performance.  This has the potential to create accidents and incidents which may translate into significant remedial and compensation costs, making it vital that a holistic approach is taken when developing ship bridge design.
CASCADe aims develop an adaptive bridge system that will recognize, prevent and recover from human errors by improving the interaction between crew and machines on the bridge. The desired outcome: a new human-centered design methodology to support the analysis of agent interactions at early design development stages. Under the coordination of OFFIS (Oldenburg Research and Development Institute for Information Technology Tools and Systems), a consortium of seven project partners from five EU countries will collaborate, including BMT Group Ltd, Raytheon Anschuetz GmbH, Mastermind Shipmanagement Ltd, the University of Cardiff, Marimatech AS and Symbio Concepts & Products SPRL.
Four further associated partners including the Maritime Cluster Northern Germany, Nautilus International, NSB Niederelbe Schiffahrtsgesellschaft mbH & Co. KG and the University of Tasmania will also provide support.
http://www.cascadeproject.eu 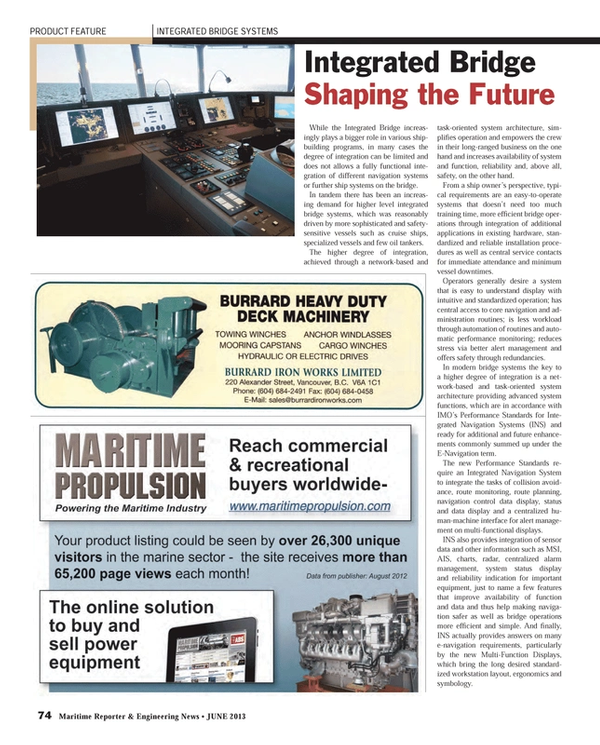