Solent Towage Ltd (STL) reports that is has saved more than 60-man hours since December 2013 by installing gplink, the remote monitoring and tracking solution from Finning Power Systems (Finning) for Cat engines. The company operates a fleet of seven tugboats off the UK’s south coast, two of which use Cat engines. Several vessels in Solent Towage’s fleet are chartered for 186 days per year by the operator of a large oil refinery in the area, according to the charter, fuel consumed by the STL fleet is provided by the refinery. However, any fuel used by the fleet outside of this chartered period, when the vessels are available for outside work, becomes the responsibility of STL.  This consumption has to be recorded and verified by both parties to ensure fuel supplied under the charter isn’t being used for off-hire third party work.
Prior to the installation of gplink, this manual process involved a third-party surveyor visiting the vessels, photographing and recording fuel levels, before sending this information to the oil refinery where it would have to be once again verified for accuracy.  gplink helped to eradicate this process, generating fuel usage reports automatically when the tugboats are in use.
“We initially trialed the gplink system as a means to prove fuel consumption during off-hire periods,” said Simon Axcell, Chief Engineer, Solent Towage. “Since the trial, it has gone above and beyond our expectations in terms of how much time it has saved us, and the potential it has to help us optimize other aspects of our fleet management.” 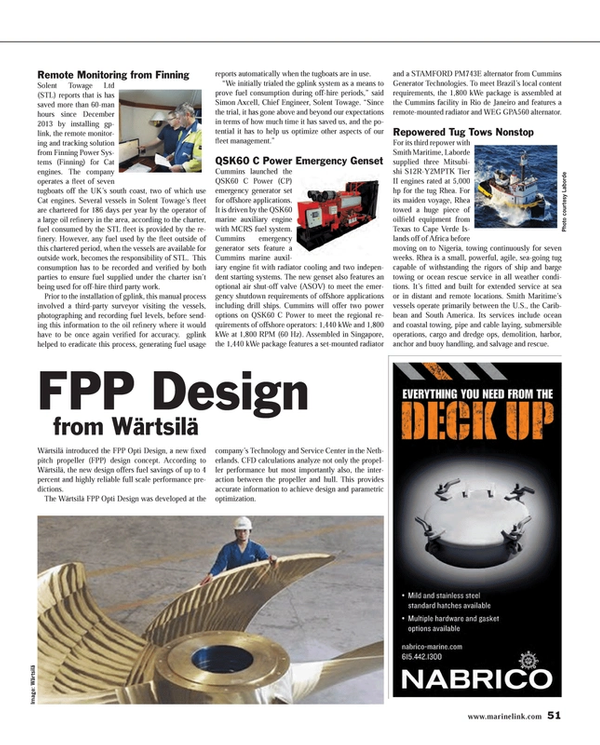