Gen-eral Dynamics has announced the award of an approximate $30- million contract to Morrison-Knudsen Co. Inc. of Boise, Idaho, to construct a pontoon graving dock at its Electric Boat Division's shipyard in Groton, Conn.

The new graving dock, 'believed to be the first of its kind ever built, was developed by Electric Boat Division engineers.

Approximately 583 feet long and 102 feet wide, the graving dock is part of a new submarine fabrication and assembly facility being built at the Groton shipyard and can be used for launching and drydocking submarines. A pontoon launching platform, within the graving dock, will be used to launch submarines.

North and south of the graving dock basin will be pier walls, each more than 100 feet wide, where ship construction can be completed prior to launching. The new facility, when fully operational in about two years, will enable General Dynamics to construct the largest submarines presently contemplated and will substantially increase its submarine production capacity.

Detailed engineering work on the new facility is being done b y Ralph M. Parsons Company of Los Angeles, Calif.

In addition to the new dock, the company is also building an enclosed submarine fabrication and erection area directly east of the graving dock. That building will be 490 feet high, 260 feet wide, and will provide year-round protection for submarine construction. Work is being performed by Gilbane Building Company of Providence, R.I., under a $14-million contract.

Sectionalized construction of the submarines will be accomplished in the enclosed manufacturing areas.

The sections will then be moved from the concrete assembly platform and onto the pontoon launching platform.

'General Dynamics currently has contracts to build 18 of the highspeed 688 (Los Angeles) Class submarines for the Navy. 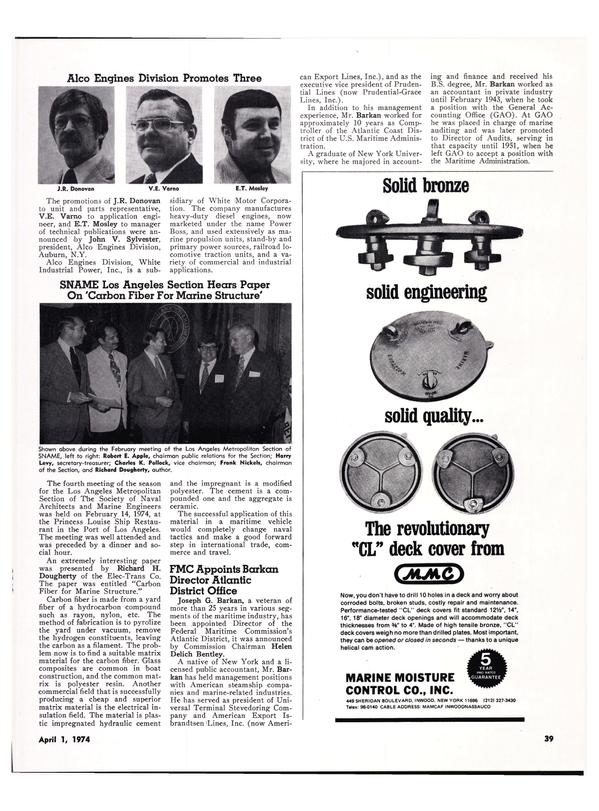