In view of the ever-growing sizes of ships and the decision of the Antwerp Port Authorities to make the river Scheldt navigable for vessels of 125,000 deadweight tons, the Mercantile Marine Engineering & Graving Docks Co. N.V. Antwerpen, with an eye to the future, is building a sixth private graving dock capable of taking the largest vessels calling at Antwerp.

The laying of concrete has reached the finishing stage, and it is hoped that the dock will be commissioned in September 1974.

This all-concrete dock with pressure-relieved floorslabs and sidewalls has a permanent drainage system which leads the soil water into a pumpwell which is emptied at intervals. All around the dock, a sheet-piling curtain has been drawn into the clay layer about 79 feet below the ground level for reducing the rate of ground water seeping into the drainage system.

Depending on the size oi the ship, the new dock can be filled in approximately two hours and emptied in about two hours and 40 minutes.

Six capstans, each with an 8-ton pull and two 12-ton windlasses will be installed at the dock's head to assist vessels coming in for repairs.

The new dock will be equipped with coupling boxes for ballast, high pressure and drinking water, compressed air, oxygen, acetylene, electricity and telephones.

The new dock will be lighted with 89 projectors placed in the bottom of the walls with 10 pylons around the dock for overhead lighting.

Temporarily, the dock will be serviced by two cranes, one of 100 tons and one of 25 tons, with heavier equipment to be installed at a later date.

The yard designed and built the dock gate, which weighs a total of 330 tons. Shoring of the vessels will be done automatically, using a system which was also designed and built by the yard and which has proven to give satisfactory service after many years of use in the company's other drydocks. 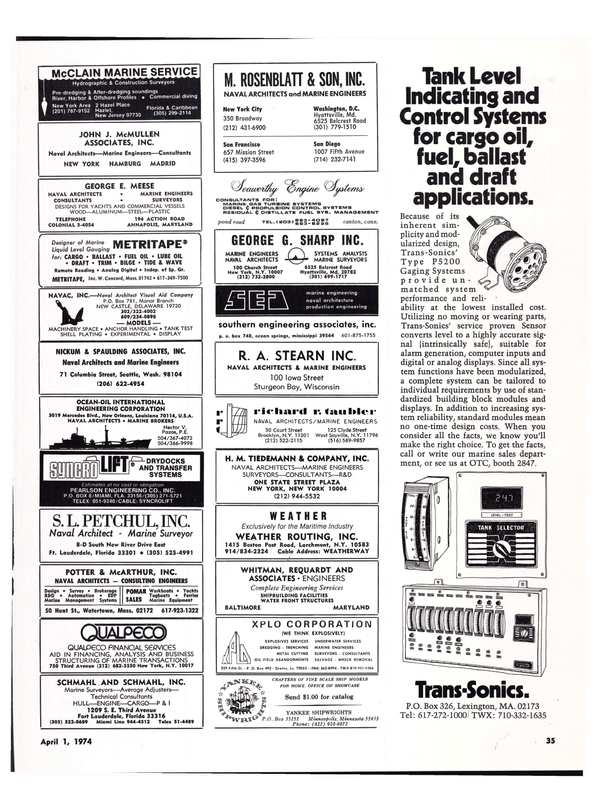