Both drilling and construction operations contributed to the increase . in company earnings. Mr.

Shannon stated. In both, he said, rising profits resulted from greater utilization of equipment, as well as an increase in the number of units operated.

During the past year, nine new land rigs and a new offshore unit were responsible for a large share of the increase in drilling revenues.

The reel barge and associated vessels in the Gulf of Mexico acquired by the company last May contributed to an increase from construction operations.

This vessel is scheduled to start laying pipe in the North Sea in April. 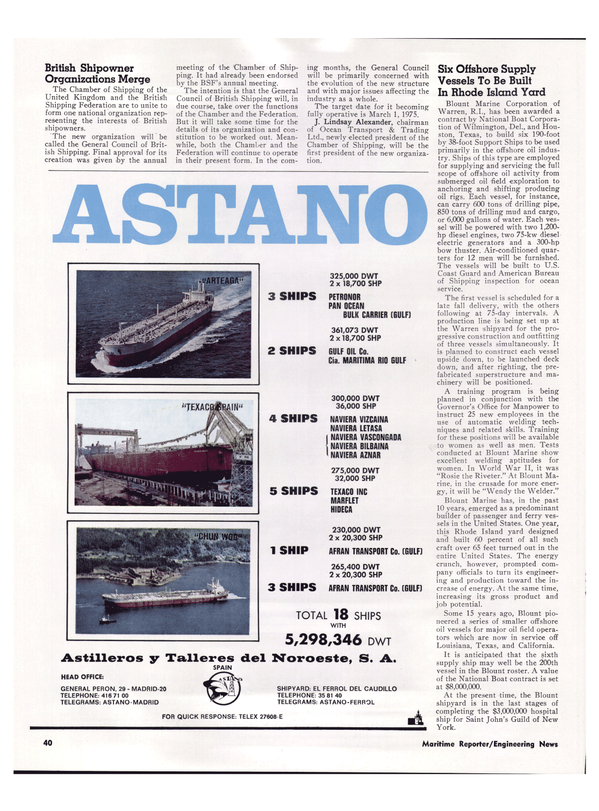