The Chamber of Shipping of the United Kingdom and the British Shipping Federation are to unite to form one national organization representing the interests of- British shipowners.

The new organization will be called the General Council of British Shipping. Final approval for its creation was given by the annual meeting of the Chamber of Shipping.

It had already been endorsed by the BSF's annual meeting.

The intention is that the General Council of British Shipping will, in due course, take over the functions of the Chamber and the Federation.

But it will take some time for the details of its organization and constitution to be worked out. Meanwhile, both the Chamber and the Federation will continue to operate in their present 'form. In the coming months, the General Council will be primarily concerned with the evolution of the new structure and with major issues affecting the industry as a whole.

The target date for it becoming fully operative is March 1, 1975. 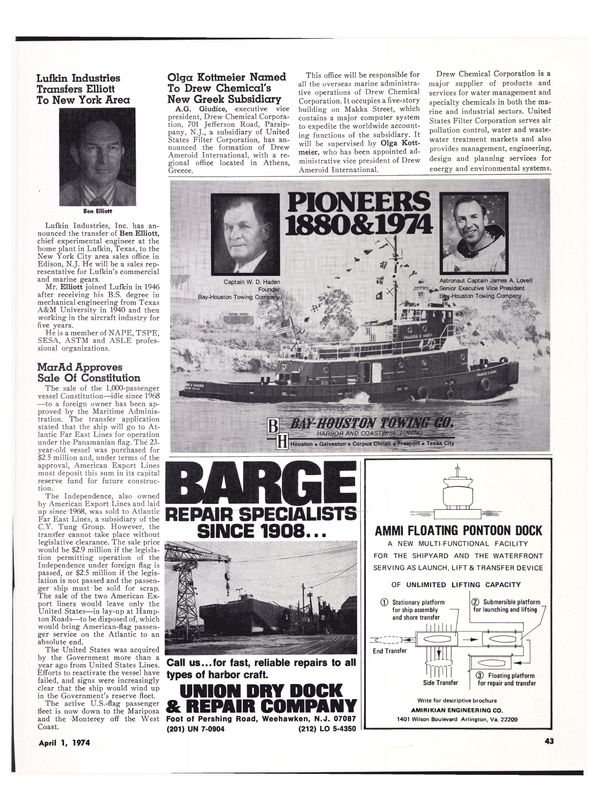