Hooker. Mr. Ware is on secondment from Swan Hunter (International) Limited of U.K., which had its management agency agreement with the Yard extended for an additional period of five years from November 30, 1973.

Prior to being appointed to this position, Mr. Ware was with the Cunard Steamship Company as technical manager responsible for the repair, maintenance and technical operation of passenger ships —including the^Queen Elizabeth II —refrigerated cargoships, and containerships.

A marine engineer by profession, he started his career as an apprentice engiiie fitter in H.M. Dockyard, (Portsmouth, England, in 1948. After over 10 years of seagoing experience up to chief engineer, he joined the Swan Hunter Group in 1966, and was sent to 'Malta Drydocks as ship repair manager.

In 1968, Mr. Ware was appointed marine manager with the Keppef Shipyard in Singapore—then under Swan Hunter Management—and he remained in that position until 1971, when he joined Cunard Steamship.

Mr. Ware's background of service in senior management positions in ship repairing establishments, as well as shipowners companies, equips him to provide a fuller service to the marine industry in Singapore. 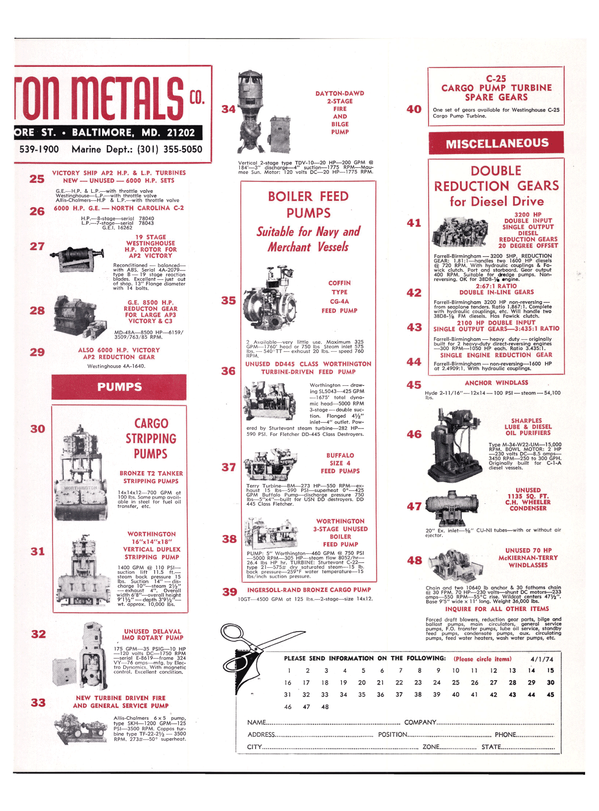