It has recently !been announced that the state-owned Algerian Steamship Navigation Co., C.N.- A.N., has ordered three LNG tankers with Gaz-Transport invar membrane design. Two of them, each with a capacity of 129,400 cubic meters, are to foe ibuilt at C.'N.I.M.

Only a few weeks ago, another order for two LNG tankers of 129,- 400-cubic meters capacity was confirmed, also to be built according to the Gaz-Transport technique. One will be built by Boelwerf Shipyard in Antwerp for Compagnie Maritime Beige; the second one at France-Dunkerque yards in Dunkirk for the French owner Dreyfus & Co. Both vessels will be used by the European consortium SAGAPE to carry LNG from Algeria to France and Italy.

These orders bring the number of LNG tankers ordered with the Gaz-Transport invar membrane design to a total of 14 ships of 1,476,- 000 cubic meters.

In total, 17 LNG tankers with the Gaz-Transport design are in service or on order, representing an "actualized" value of over $1.2 billion.

Gaz-Transport is represented in the United States by Permal Gas, a division of Permal International, 919 Third Avenue, New York, N.Y. 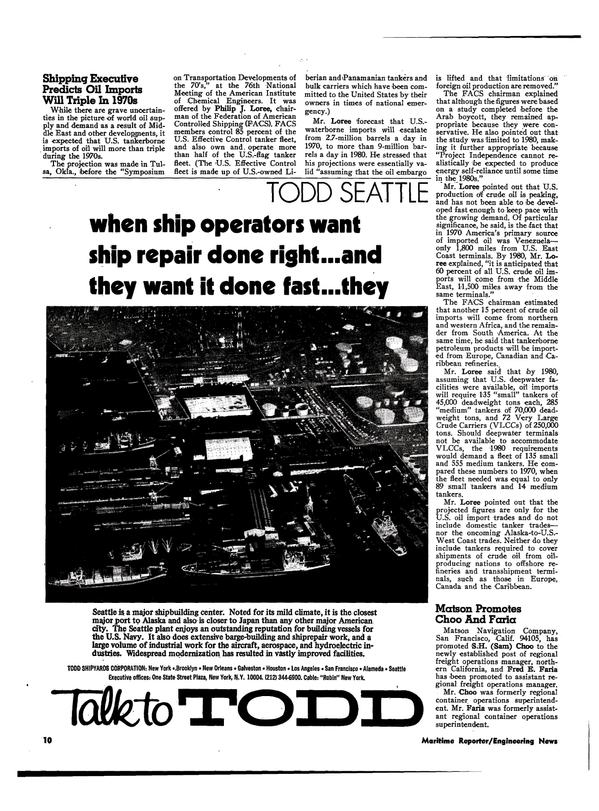