After two years of operation, the Kings Point Scholars Program, which offers outstanding seniors at the United States Merchant Marine Academy at Kings Point, N.Y., the opportunity to research a subject of current interest to the maritime industry, is "progressing well," according to a status report issued by the Academy.

Under the auspices of the Maritime Administration's National Research Center, the program calls for an in-depth study to be submitted at the end of the semester by each participating midshipman.

The 1972 Scholars examined the timely topic of liquefied natural gas. Their studies were issued to interested parties in Government and private industry, where they met with favorable comment.

They will be published within the next few months.

The studies and authors are William Bailey, "Biological Treatment of Shipboard Sanitary Waste Water" ; Joseph Crisante, "New Applications, of Non-Metallic Matter Aboard Ship"; David Hicks, "Application of Super - Conducting Electrical Machinery to the Propulsion Systems of Commercial Vessels," and Michael McCauley, "Deep Ocean Mining in Legal Perspective." The Kings Point Scholars are selected from a group of exceptionally capable midshipmen. They carry out a stimulating and challenging research and study program, assisted by faculty members well acquainted with the particular areas of study.

The 1974 Scholars are progressing well on their projects, according to the recently issued report.

The midshipmen and their topics are Thomas Kazusky, "Linkage for Rough Water TugjBarge Combinations" ; Patrick Moloney, "Submarine Tanker Concepts and Problems," and Jeffrey Thornton, "Eutrophication : The Role of Chemical Nutrients in Algae Growth." All participants in the Kings Point Scholars Program are holders of Academic Stars for Excellence and have completed a year of training aboard ship, carrying out a work-study program that brought them to ports in various parts of the world.

The United States Merchant Marine Academy is a Federal institution, part of the Maritime Administration of the U.S. Department of Commerce. 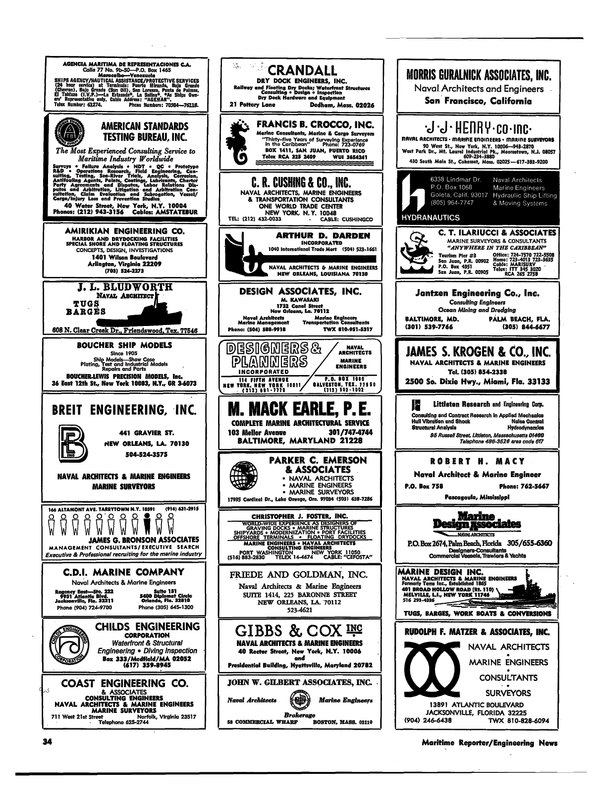