Don Juan Trujillano, commercial director of Astilleros Espanoles, the largest group of Spanish shipyards comprising major facilities at Cadiz, Santander, Bilbao, Sestao, and elsewhere, recently announced the appointment of Richard F. O'Boyle, Inc. of New York City and Aberdeen, N.J. as its exclusive agent in the United States. Richard O'Boyle, president of the firm, stated recently in an interview that it showed Astilleros' commitment to the U.S.

market, and pledged to renew the emphasis of the Spanish group on this area.

The Spanish shipyards, especially the facilities near Cadiz, are engaged in major conversion work such as that completed recently on the Sibig Venture, a VLCC converted to a heavy-lift, submersible vessel; large offshore barges for customers such as McDermott; major repairs for international owners; as well as routine drydocking for hundreds of clients around the world. The four drydocks at ASEA-Cadiz can handle ships up to 380 meters long and 66.6 meters wide (1,246.7 by 218.5 feet).

The O'Boyle firm now represents ship repair organizations located in nine countries around the world. Mr. O'Boyle has been involved in marine sales work for more than 15 years. He is an engineering graduate of the U.S.

Merchant Marine Academy, a member of SNAME, and was recently elected a director of the The Society of Marine Port Engineers New York. 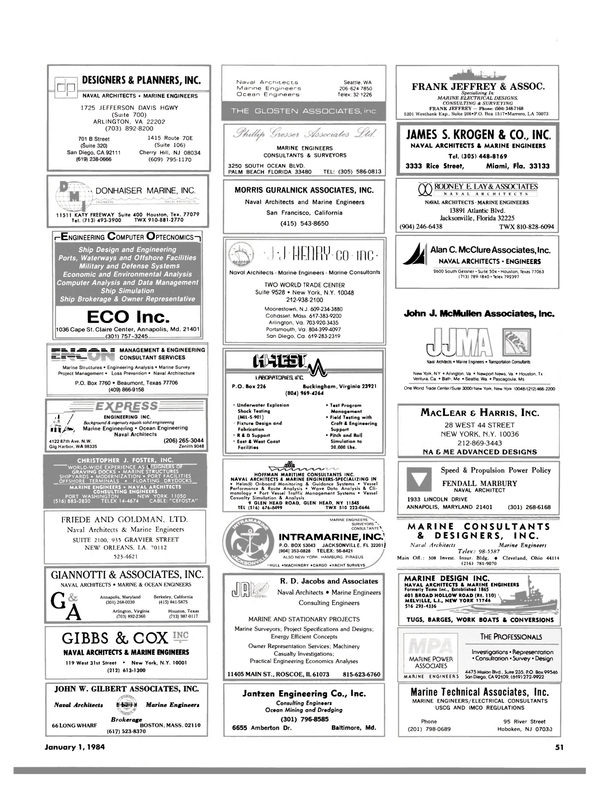