David Peacock, chairman of the Racal Marine group of companies, commented: "The six new Racal-Decca autopilots are the result of 37 years of experience in which more than 16,000 systems have been supplied throughout the world." The 80 Series—consisting of the DP785, DP685, and DP585—uses the model reference electronics successfully developed for the company's existing autopilot, the DP780, now fitted or on order for more than 90 ships from 12 countries.

This and the new systems are unique in distinguishing between course offsets caused by the ship itself and those resulting from the weather, allowing relaxed but highly economical course-keeping.

The new DP785 is the top-ofthe- range autopilot and steering control system, similar to the DP780. The DP685 incorporates a simpler steering system, while the DP585 is an autopilot only. A substantial quantity of the latter have already been ordered for retrofitting.

The Racal-Decca 60 Series includes the DP763, DP663, and DP563. The DP763 is a sophisticated main steering control and autopilot system; the DP663 is a budget-priced version and replaces the company's well-known DP750 and DP760 models. The DP563 replaces the existing DP550 and DP560 systems.

All the new autopilots can control all known steering gear, including the modern single-loop and linear steering gear system.

For further information and free literature on the new line of autopilots. 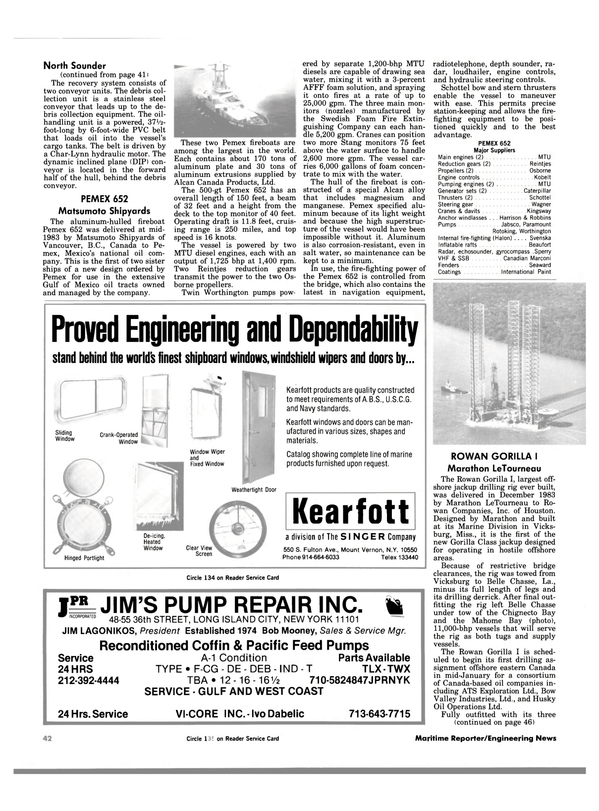